THE Olympic Federation of Ireland has today announced that Ciara McCallion has been appointed as the Head of Performance Support for the Winter Olympic Games in Beijing, which run from the 4-20 February 2022. McCallion will play an integral role in supporting the athletes during the Winter Games and will be operating under the direction of the Beijing Chef de Mission, Nancy Chillingworth. 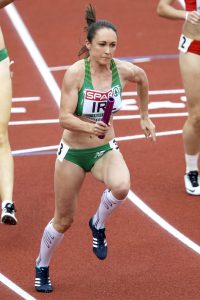 Kildare born McCallion is a Chartered Physiotherapist who has also completed a Masters in Sport and Exercise Medicine. Currently working with the Sport Ireland Institute and Athletics Ireland, she has worked at various international events at World and European level across multiple sports, including the European Youth Olympic Festival, as well as swimming, hockey and athletics.

With less than one year to go until the Beijing Olympics, Chef de Mission Nancy Chillingworth said, “We are delighted to have appointed Ciara as Head of Performance Support for Team Ireland, and are confident that our athletes will benefit from her expertise. She is a key member of our team and involved in continued joint planning with the sports through regular meetings. This appointment also further strengthens the partnership between the Olympic Federation of Ireland and the Sport Ireland Institute.”

The former international track and field 4 x 400m athlete, McCallion, is looking forward to taking on this role, “I’m really excited to working with our winter athletes in the lead up to Beijing 2022, and look forward to building up a multi-disciplinary performance support team that will assist the athletes at the Games. While the make up of the team won’t be finalised until closer to the start of the Games, over the coming months I am excited to get to know the athletes who are aspiring for selection across a range of sports.”