Not just for the birds! 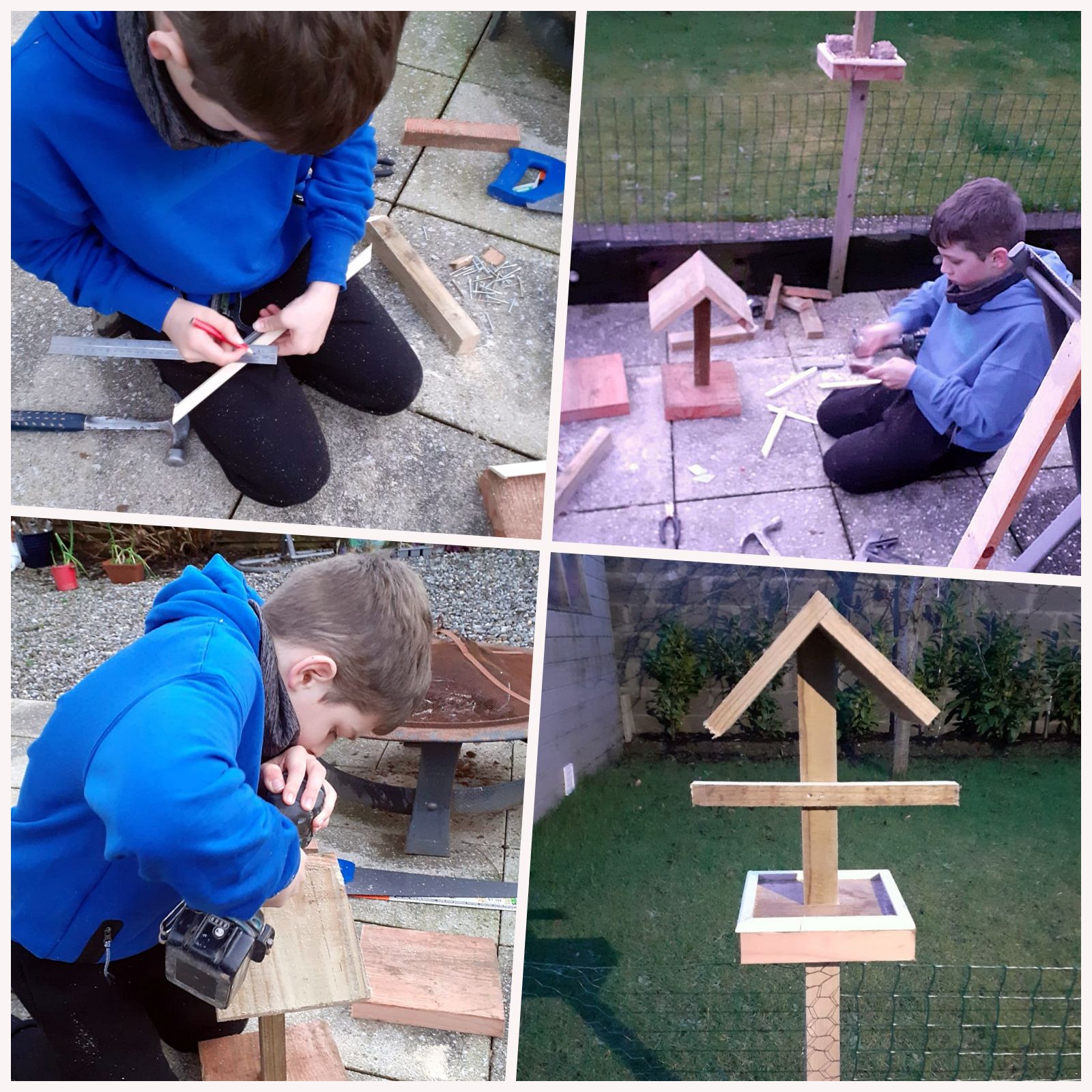 Deon Doyle working on his birdfeeders

By Brian Byrne.
A SCHOOL project that began just over a month ago has resulted in a birds-friendly small enterprise for a 10-year-old Kilcullen national school pupil.
The project in his Scoil Bhríde class — operating by remote home learning — was to build a bird feeder. For Deon Doyle, son of Levi and Linda Doyle in Cnoc na Gríine, his choice of material was wood. That was kind of inevitable, as both his father and grandfather are highly accomplished carpenters.
Deon asked his father for some scrap wood, offcuts that would normally be binned or burned, and after some thought and trial, came up with his own design of a standalone bird feeder.
The work had to be photographed through its development so that the project could be properly documented. When his mum posted some of the photographs on Facebook, orders began coming in. At the time of writing, Deon has made and sold more than 20.
“Friends, family, and people I didn’t know, all wanted to buy one,” he says. As well as through Facebook, the bird feeders are also on sale in the local CarryOut off-licence.
Deon says he has always wanted to be a carpenter. It’s in the genes, as they say. His grandad, Ger Doyle, makes timber security gates for building sites and wooden yard gates for homes. He also makes fairy houses and doors, which have been used for the very popular Fairy Trail in Kilcullen’s Valley Park.
Deon’s dad and grandad are justifiably proud of him, and Deon says both have been showing him ‘a few tricks’ which have helped improve his work. “When I did the first one it took me a good bit of time, but I’m making them much quicker now.”
He’s working up some other ideas for the summer holidays, including flower boxes for all those people who have discovered the joys of gardening and planting, during lockdowns. Which means no idle hands for Deon in the coming months.