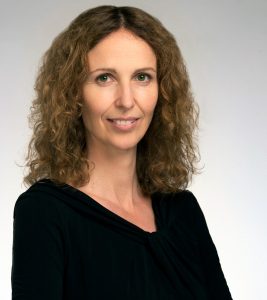 Pictured is Cllr Vanessa Liston of the Celbridge-Leixlip Municipal District.

A GRAND total of 65 concerned Kildare citizens attended an online meeting with the Minister for State for Local Government to discuss how biodiversity and heritage might be better included in the next County Development Plan (CDP).

The event was organised by the Green Party’s Cllr Vanessa Liston to coincide with World Wildlife Day yesterday (3 March), and Malcolm Noonan TD – the Minister of State at the Department of Housing, Local Government and Heritage – addressed the substantial gathering.

To compare, including the 40 councillors, not even a meeting of the full Kildare County Council has pulled a crowd this big in its three virtual meetings to date.

Minister Noonan discussed “the crucial opportunity” the next CDP (2023-29) would present “for the protection and nurturing of biodiversity and built and natural heritage in the County” over this period.

“I was very pleased that Minister Noonan could join us this evening and share his wealth of experience and knowledge in this field – not only as a Minister, but also an environmental activist,” said Cllr Liston.

She was joined in attendance at the online form by colleagues Cllrs. Colm Kenny, Bill Clear and Padraig McEvoy, as well as County Heritage Officer Bridget Loughlin.

“Our next County Development Plan will be an essential tool for us to prepare Kildare to thrive during those six years and beyond,” she said.

“We had well over 60 registrants for this event, which demonstrates how engaged residents and community groups in Kildare are in the sustainable development of the county,” she added.

The new CDP will set out planning and development in the county for the six years from 2023, is currently open for the first phase of consultation.

The Plan acts as a blueprint for the development of the county from a physical, economic, social and environmental perspective.

Individuals and groups are actively encouraged to have their say in shaping the future development of County Kildare and to submit ideas and feedback by 5pm on Monday, 8 March.

“In January Ireland joined a new coalition of 50 countries at the One Planet Summit with a commitment to designate 30 per cent of our territory for conservation and biodiversity,” said Cllr Liston.

“I believe that Kildare, with its rich natural resources like rivers, canals, peatlands and woodlands can help deliver this national target, and the County Development Plan is central to achieving ambitious objectives in this area and to positive transformation for our heritage”.

Further information about and submissions to the County Development Plan can be found here: https://consult.kildarecoco.ie/en/consultation/issues-paper-pre-draft-stage-kildare-county-development-plan-2023-2029