KILDARE Athletes, Paul Robinson (St Coca’s AC) 1500m and John Fitzsimons (Kildare AC) 800m are among a record 733 athletes from 47 countries set to compete at the 36th edition of the European Indoor Championships which take place in the Arena Toruń from from Thursday to Sunday, 4-7 March. 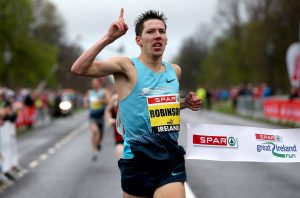 The championships commence at 6.00pm lrish-time on Thursday 4 March with the qualifying pool of the men’s high jump.

Team Ireland will have a 22 athlete squad in Poland with several of the country’s top performers from the 2019 edition of this championships returning, including medallist Mark English, along with semi-finalist Phil Healy. 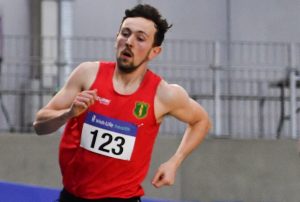 Irish athletes will have a busy morning session on day 3 with Leon Reid, Israel Olatunde, and Dean Adams in the starting blocks at 09.18am (Irish time) for round 1 of the 60m. Sean Tobin and John Travers will be in action shortly after in round 1 of the 3000m which is scheduled for 10.25am (Irish time).

Sarah Lavin will round off the Irish athlete competing in Saturday’s morning session as she takes her place in round 1 of the 60m hurdles at 11.10am (Irish time).

The Women’s 60m sprinters will be the last to make an appearance, with Ciara Neville, Joan Healy, and Molly Scott all set to go in round 1 at 09.18am (Irish time) on Sunday. They will be hoping for a quick turnaround with the 60m semi-finals scheduled for 11.40am (Irish time).

We wish all the Irish athletes the very Best of Luck, especially the Kildare duo of Robinson and Fitzsimons.