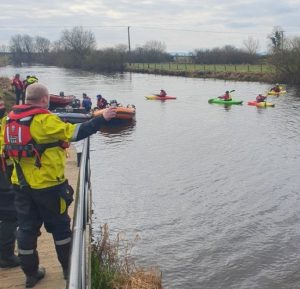 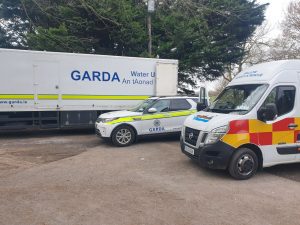 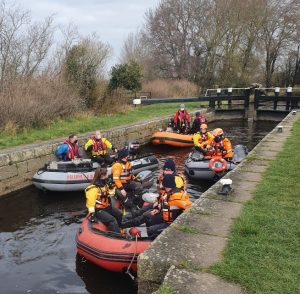 GARDAÍ in Athy have concluded their search of the River Barrow south of the town after a body was recovered this afternoon (Saturday) by garda divers.

The somber operation was in its seventh day after the disappearance of local man Declan Reid (34) following a kayaking accident last Sunday (28 February), although formal identification of the remains has not been disclosed at this stage

The local gardaí were assisted by colleagues from both the Dublin and Athlone Water Units alongside the Athy Canoe Club and a private boat, with over 80 Civil Defence volunteers from Kildare, Laois, Dublin, Carlow, Kilkenny and Waterford searching along both banks.

They were also joined by search and rescue specialist teams from Mallow, Meath and Dublin over the last week, as well as by the Garda helicopter.

The search had initially focused on the four kilometer stretch between Ardreigh Lock where the incident occurred, and Malone’s Weir further south for the first three days, and then for stretch south of this later in the week.

The missing man has been named as 34-year-old plumber Declan Reid, whose family live in the Lock House nearby, and whose partner is expecting a child.

Last Sunday a passerby was drawn to calls from the water on Sunday afternoon at Ardreigh Lock where Mr Reid was holding his eight-year-old son above the water.

The passerby –  Scott McQuaid (23) – entered the water and took the child from the man in the water and brought him to safety on the bank, but unfortunately when the Samaritan returned to rescue the man he had disappeared.

Cllr Aoife Breslin voiced her condolences for the Reid family at this difficult time.

“At least there’s some closure now for the family to grieve, but God love them, it’s not going to be an easy road for them,” she said.