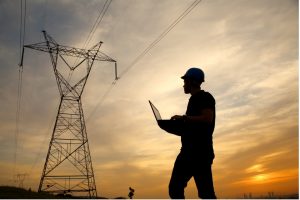 WITH an ongoing battle between a community and a power company over just five wind turbines between Monasterevin and Rathangan, it is timely that the Minister and EirGrid have today (8 March) launched a nationwide consultation on the future of Ireland’s electricity system.

Minister Eamon Ryan TD and EirGrid – the operator of the national electricity grid –  is seeking feedback on a new report called ‘Shaping Our Electricity Future’.

This details innovative approaches to developing the grid in order to meet ambitious 2030 renewable energy targets.

EirGrid and Minister Ryan are asking everyone interested in Ireland’s energy future to consider these approaches, provide feedback and be part of this decade of change.

“Climate change is one of the starkest challenges we face and Ireland is currently lagging far behind on our emissions targets,” Minister Ryan pointed out.

“n the coming decades we will be electrifying large parts of our economy, including our heating and transport systems, so building a grid that can handle a high level of renewables will be critical to our success,” he said.

“This initiative will go a long way towards Ireland’s goal of reaching net-zero carbon emissions by 2050 and I look forward to seeing the outcome of the public consultation.”

EirGrid has been asked by the Government to transform the electricity system in anticipation of a future without coal, oil, peat and ultimately one with net zero emissions, and specifically, it must redevelop the grid to manage 70 per cent of Ireland’s electricity coming from renewable sources by 2030.

Such an approach requires numerous investments in network development projects throughout the country, with costs ranging from €500 million to €2 billion.

Over the next 14 weeks, EirGrid will hold a series of workshops and meetings across the country, online and, if possible, in person to inform people and gather feedback that will directly influence the final roadmap.

The consultation material has been prepared with the support of the National Adult Literacy Agency to ensure the language is accessible to non-technical audiences.

People can find out more about the public consultation and how to have their say by visiting consult.eirgrid.ie