Through its Women in Sport Programme, Sport Ireland announced today that it is seeking candidates to partake in a new initiative that will provide expert training on pre, during, and post sport event analysis and punditry for broadcast (TV, live-streaming, radio). 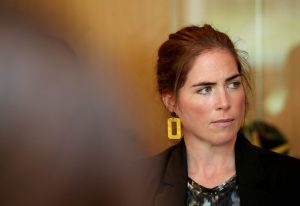 “Increasing the visibility of females in sport is a key pillar of the Sport Ireland Women in Sport Policy and a number of objectives have been set out, including the training of potential female analyst and pundits. Increasing the pool of female candidates available to broadcasters is one such objective,” a statement from Sport Ireland says.

“The programme, run in conjunction with training, development, and communications experts The Communications Clinic, will last approximately six months, and will provide the successful candidates with the understanding and the practical skills of working in a live studio environment, preparation & research for broadcasts, on-air delivery, establishing area(s) of specialisation and establishing relationships with key stakeholders – broadcasters, players, officials and governing bodies,” the statement adds.

Chief Executive of Sport Ireland, John Treacy welcomes the launch of the training, “I am delighted to open applications for this training. Sport Ireland is committed to increasing women’s sustained involvement in sport as coaches, volunteers, club members, athletes, advocates, leaders, and participants.  Having more females visible as analysts and pundits is central to increasing involvement and visibility and I look forward to seeing more balance on our screens and on the airwaves in the near future”.

As part of the training programme, the successful candidates will also partake in a mentorship programme, which will see them learn from the very best in the business.

Director of Participation and Ethics, Dr. Úna May commented, “This training will take women who have a passion for sport, who know their sport inside out and prepare them to face the obstacles that exist in television and radio. It will help them develop the skills, experience, confidence and ability to become world class media contributors and national role models. Increasing the visibility for women in sport is a key aim of our work and we look forward to seeing more visible role models”.

Sport Ireland Women in Sport Lead, Nora Stapleton added, “Since the Sport Ireland Women in Sport Policy was launched in 2019, significant work has been done to increase the visibility of women in sport. We know that the heroes of today inspire the next generation and sports heroes aren’t just those who compete or perform on the world stage. Many people look up to the expert analysists and pundits and it is important that there are female role models in this area as well”.

The training is aimed at anyone who has a love for sport, a flair for analysing and dissecting matches and events and are seeking a career in the media.

“Interested individuals are asked to submit a brief personal statement that gives a summary of why they are interested in partaking in this programme, and how their experience makes them a suitable candidate for the programme. The application must also include a short video or audio clip analysing a passage of play from a match or event,” the Sport Ireland statement concludes.