FORMER Carlow hurler, Pat English, has been appointed Manager of the Kildare U20 hurling team for a two year term. The Ballinkillin, Carlow, native played hurling with Carlow and won an All Ireland “B” title with them in 1992 before going on to manage his county at senior and U21 level. 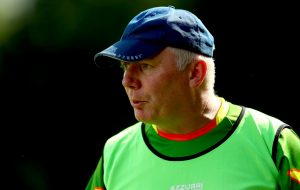 The appointments of the U20 U20 and Minor hurling Management Teams were ratified at Tuesday’s virtual meeting of Kildare Co Board on Tuesday night.

Eoin Stapleton will continue in his role as Minor Hurling Manager and his Management Team will consist of Pat O’Meara, Mark Moloney, Noel Ryan, Liam Dolan and Mairtin Boran.

The Co Board also ratified the appointment of Emmet McDonnell as Coach/Selector with the Senior Football team to replace Ross Glavin, who had to step down earlier this year for personal reasons.