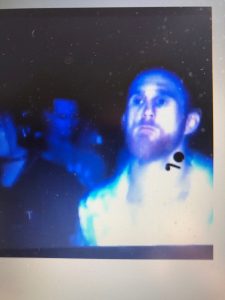 Kildare’s Dennis “Hurricane” Hogan enters the ring in Newcastle NSW for his fight with Tim Tszyu.

The Kilcullen man survived some fierce body punches from Tszyu, who was cut over his left eye in Round 1, but was knocked down early in Round 5. He bravely got up to fight on but his corner called a halt to the fight with a minute to go in that round.

It was once again a brave performance from Hogan, who, all agree, except the judges ringside, was robbed two years ago in a fight against Jamie Munguia in Monterrey.