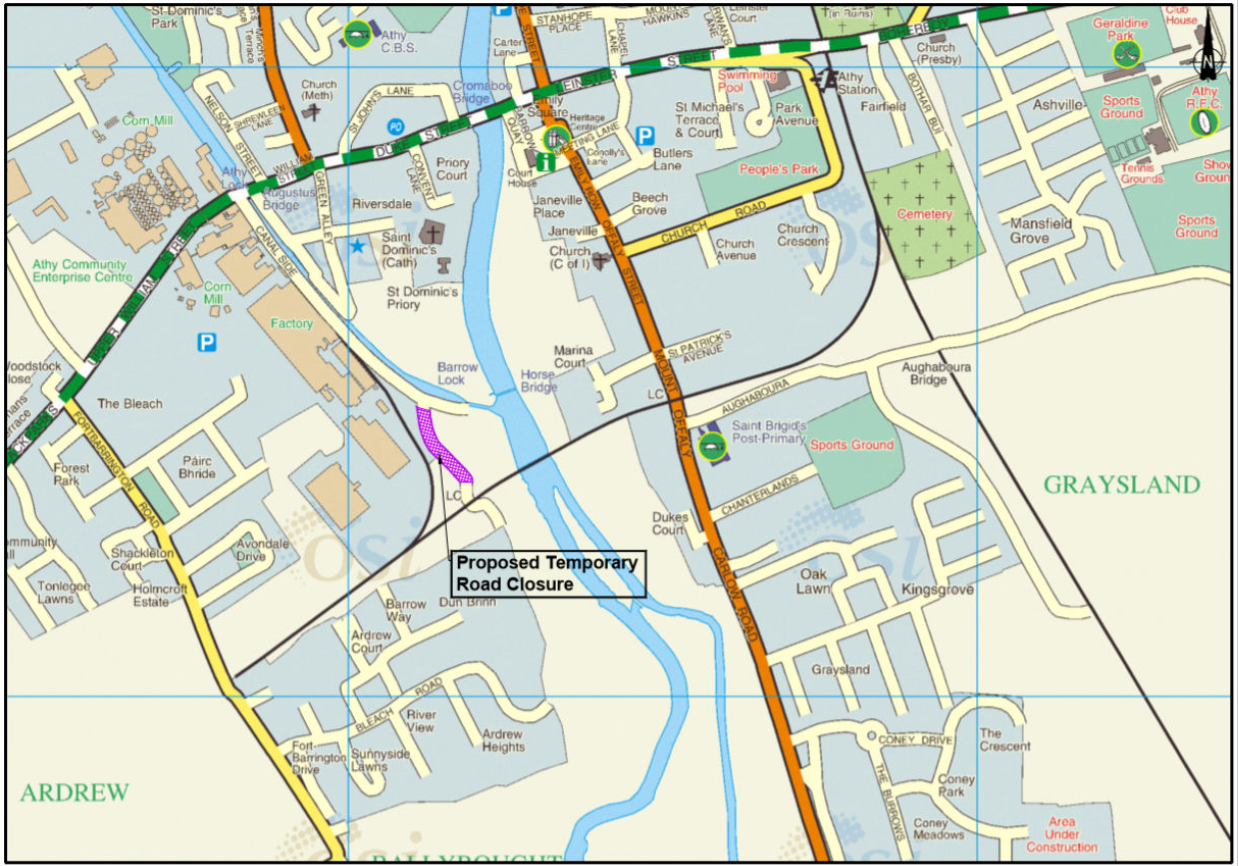 Progress on the key Southern Distributor Road project for Athy is continuing behind the scenes.

Kildare Co Council (KCC) has recently given notice – in accordance with Section 75 of the Roads Act, 1993 and the Roads Regulations, 1994 – that it intends to close a road at Canal Side, Athy to pedestrians during the period from Tuesday 4 May 2021 to Tuesday 3 May 2022 to facilitate the construction of the major project for the town.

Said road is the cul de sac from the Lock Master’s house to the intersection with the disused railway line at the back of Etex Group (formerly Tegral Holdings Limited).

The deadline for any objections or observations (in writing to the Senior Executive Officer, Roads, Transportation & Public Safety, Kildare Co Council, Áras Chill Dara, Devoy Park, Naas, Co Kildare or by e-mail to [email protected]) is 5pm on Monday 12 April.

At the March meeting of Athy Municipal District, it was noted that the council had got a letter from the Department of Transport to proceed and that they’ve launched the stage two tender process for the project. They’re on track to be on-site for Q4 of this year.

Engineer David Reel explained that “all is going fairly well” while the meeting also heard that the stage two tender process involves six contractors getting to tender for the project.