Sallins by pass to open this Friday 9 April at 11am 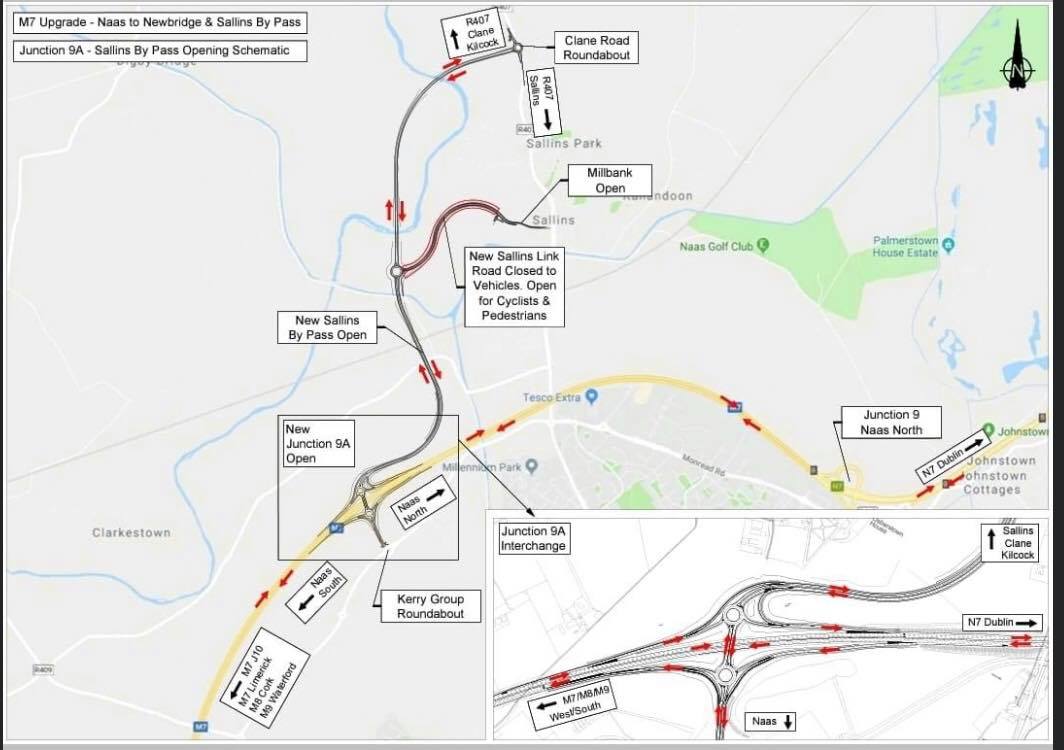 The long awaited Sallins bypass will open to traffic this Friday morning 9 April at 11am, according to Deputy James lawless.

“After many year’s campaigning and the long wait through planning and then construction, the Sallins bypass is completed and will open to traffic this Friday (April 9th ) at 11am,” he said in a statement this afternoon.
, “I am absolutely thrilled to welcome the opening of the Sallins bypass.  This marks the completion of a €110m investment in the area which has already seen the motorway between Naas and Newbridge extended to three lanes on either side and the addition of a new interchange off the N7 onto the Naas ring road.
“I am delighted to see these infrastructural improvements become reality having campaigned for them for over twenty years. This investment in local road infrastructure will provide immediate relief to my own village of Sallins which has been beset by traffic for decades. It will also greatly improve motorway access and traffic flows for residents all around Naas, Clane, Straffan, Prosperous and beyond.
“It will not only benefit the locality, but the greater Leinster region also and I would like to congratulate all those who made this project a reality,” concluded Deputy Lawless.
Some issues with the  Millbank Road that goes from the
centre of Sallins out to the bypass remain to be resolved and these are expected to take place over the next few weeks.
“Residents of Millbank may have to use the bypass to exit the estate for part of the time but as sections are completed the closure will move,” said Cllr Bill Clear.
“The footpaths at the Lidl side will also be replaced, but the new footpath and cycle lane will be open so you will be able to use that to get into town,” he said.
“This is not ideal but a new road needs to be built,” he said.