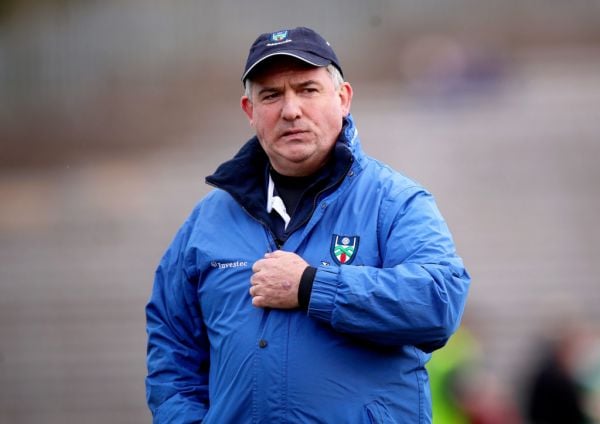 Monaghan senior football manager Seamus McEnaney has been suspended for 12 weeks after footage of a recent training session was shared by an anonymous source.

Monaghan GAA released a statement to confirm an internal investigation found there was “a breach of the Covid-19 regulations and guidelines”.

It said McEnaney admitted the breach was a “serious error of judgement”, adding he apologised “unreservedly for the indiscretion”.

Earlier, the Minister for Justice Helen McEntee confirmed footage of the training session had been received by the Department of Justice in recent days and had been passed to the Gardaí.

The Irish Independent reported images and videos were taken of a group of Monaghan footballers and management training at Corduff GAA club.

Prior to the statement from Monaghan GAA, chairman Declan Flanagan said he had not been aware of any session having taken place.

Both Gardaí and the GAA are now said to be investigating the matter further.

This follows a similar alleged breach by members of the Dublin senior football team which was reported last week.

Images emerged of a group of players taking part in what appeared to be a non-contact drills session at Innisfails GAA club, which the GAA labelled “extremely disappointing”.

The Association committed to pursue the allegations and “invoke any necessary disciplinary processes as appropriate”.

Soon after, Dublin manager Dessie Farrell was handed a 12-week suspension by the Dublin county board.

The images of the Dublin footballers came shortly after the GAA had reiterated its commitment to following ongoing restrictions and public health guidelines, calling for all members to comply.

On March 30th, it was confirmed adult inter-county panels would be permitted to return to training from April 19th.