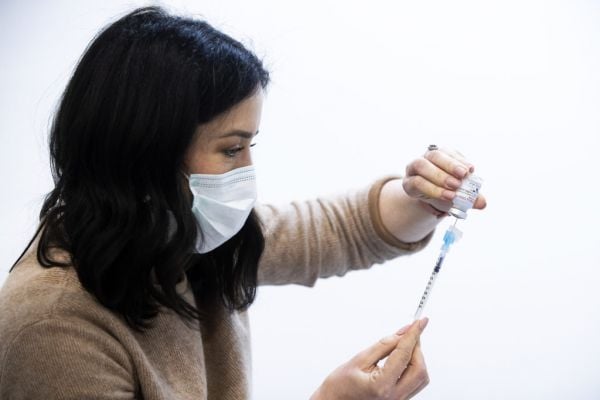 Dr Mary Favier, former president of the Irish College of GPs (ICGP) and member of the National Public Health Emergency Team (Nphet), has expressed disappointment that people in positions of leadership have taken the Covid-19 vaccine out of sequence.

Speaking on Newstalk Breakfast, Dr Favier said as a general rule they should “stick to the science and show that they believe in it”.

When asked about the case of directors at the Mater Hospital receiving the vaccine, Dr Favier said she did not know details of the specific case, but said it was “very disappointing.”

People in positions of leadership needed to show they believed in the system of prioritisation, and sometimes that would mean stepping back and saying they would leave the offered vaccine to those who needed it, she added.

Responding to a report on RTÉ radio’s Liveline on Wednesday, when Limerick GP Kieran Murphy told of the intimidation experienced by his practice from people who were upset that they, or relatives, had not received the vaccine, Dr Favier said “he’s one of the good guys”, adding GPs around the country had experienced similar upset.

While Dr Favier said she understood people’s frustrations, it was never an excuse to abuse reception staff for something that could not be changed.

“It’s really not ok, and we ask people to be patient.”

Dr Favier also encouraged anyone due to receive the AstraZeneca vaccine to go ahead and keep the vaccination appointment as the blood clot risks were “truly tiny” compared to the risks from Covid-19.

The point of blood clots arising from the use of the AstraZeneca vaccine has come to the fore once again following the findings of the European Medicines Agency (EMA), which they published on Wednesday.

The EMA research determined “unusual blood clots with low blood platelets should be listed as very rare side effects” for the AstraZeneca vaccine, however Dr Favier said the risk of clots from a long haul flight were “way higher”. “We balance those risks,” she added.

The National Immunisation Advisory Committee (NIAC) will meet this week to review the issue of clots from AstraZeneca, she said, but “hands down” it was safer to take the vaccine than risk contracting the virus.

There was “a remote possibility” the AstraZeneca jab would not be approved for young women at a later stage, she said, but by the time that cohort would be eligible for vaccination in Ireland, it would be late summer and much more would be known by then, she added.