Northern Secretary flies in for emergency talks over rioting 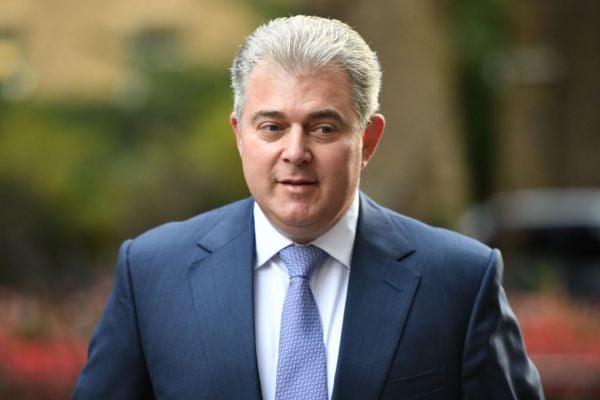 The Northern Secretary is flying to Belfast to hold emergency talks with the main political parties as well as faith and community leaders in an attempt to quell a spate of violence.

Ministers in the Stormont Executive condemned the violence and rioting, prompting united calls for calm to be restored.

The Executive issued a joint statement following a meeting of the powersharing administration to discuss the escalating public disorder.

Assembly members also united to condemn the violence, unanimously passing an Alliance motion after being recalled to discuss the scenes.

Earlier ministers were given an update by PSNI Chief Constable Simon Byrne.

In a statement, the Executive said: “We are gravely concerned by the scenes we have all witnessed on our streets over the last week, including those at the Lanark Way interface last night.

“Attacks on police officers, public services and communities are deplorable and they must stop.

“Destruction, violence and the threat of violence are completely unacceptable and unjustifiable, no matter what concerns may exist in communities.

“Those who would seek to use and abuse our children and young people to carry out these attacks have no place in our society.

“While our political positions are very different on many issues, we are all united in our support for law and order and we collectively state our support for policing and for the police officers who have been putting themselves in harm’s way to protect others.

“We, and our departments, will continue to work together to maximise the support we can give to communities and the PSNI to prevent further violence and unrest.”

The Stormont Assembly was recalled from Easter recess for an emergency sitting on Thursday to debate the violence, which has mostly flared in loyalist areas.

The Assembly was recalled following a motion put forward by Alliance leader Naomi Long calling for MLAs to unequivocally condemn those involved and support the rule of law.