Newbridge girl sends president Biden a Lullaby for the World 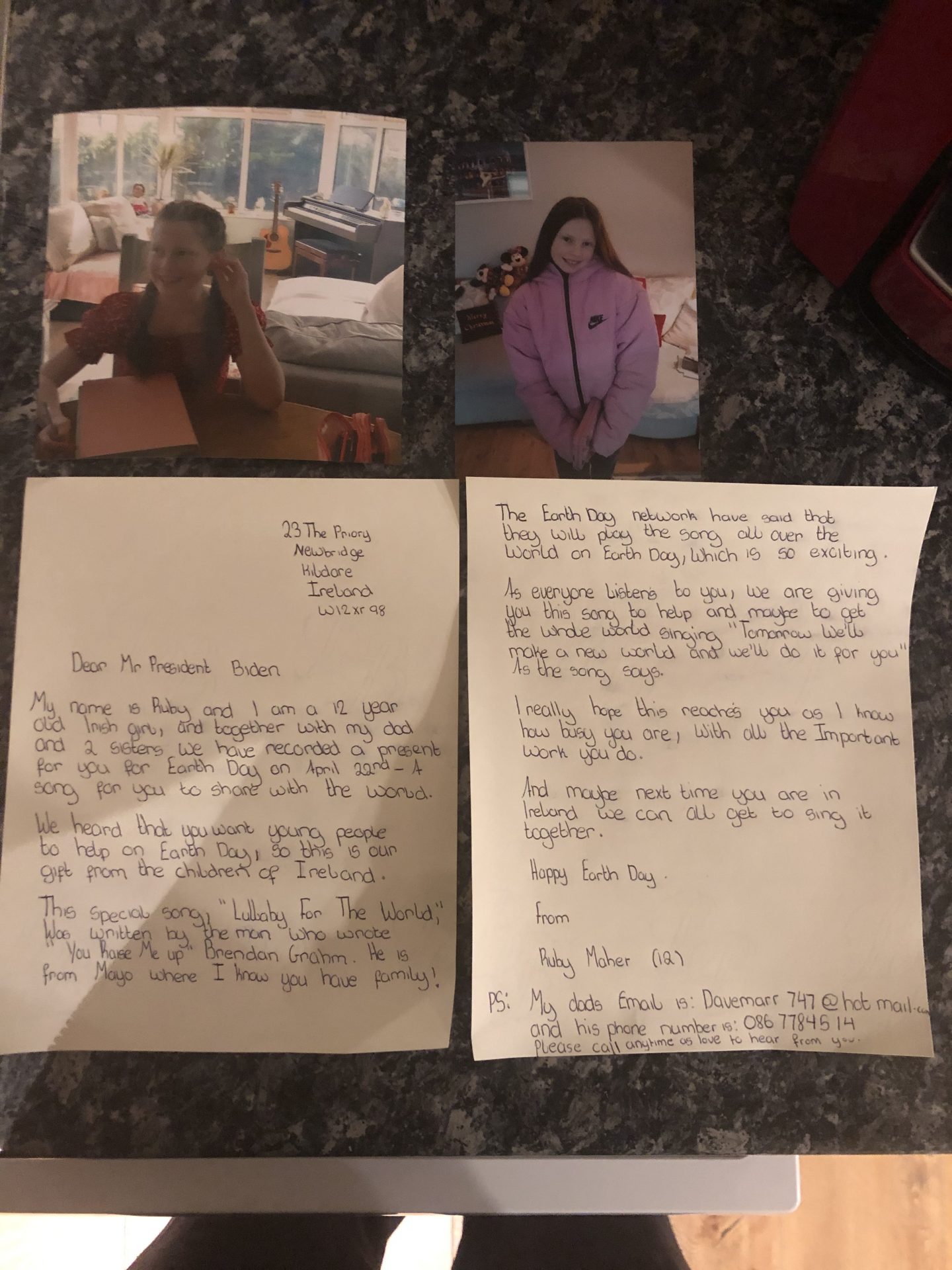 A young Newbridge singer has written a personal letter to President Joe Biden in response to his call for young people to get involved in this year’s global Earth Day.

12-year-old Ruby Maher is the voice behind hit single ‘Lullaby For The World’, which has been described as a ‘clarion call’ for the protection of the environment.

The young songstress with a big voice says she believes that ‘Lullaby For The World’ co written by Brendan Graham of ‘You Raise Me Up’ fame is Ireland’s ‘gift to the world for Earth Day, 22nd April.

( Graham co wrote’ Lullaby For The World’ with James McMillan)

In her letter Ruby says: “As everyone listens to you, we are giving you this song to help and maybe to get the whole world singing “Tomorrow we’ll make a new world and we’ll do it for you” as the song goes”.

Ruby, who sings in her family band, ‘The Mahers’ along with Dad Dave and Sisters, Robyn and Stacey says, “I just thought I’d write the letter to try and get the world to listen. I’m only a little girl and President Biden is the most powerful man in the world but I feel that he will read my letter as his family is from Mayo and he’s always talking about how he loves Ireland . I think he’ll like the fact that we are just an ordinary Irish family trying to help the planet through our song. I think we can all do our bit to help the environment. I don’t think it’s nice if people just destroy it by littering and not caring about it. It’s not fair as they will destroy it for all of us young people”.

They also sent the President a video of the song.