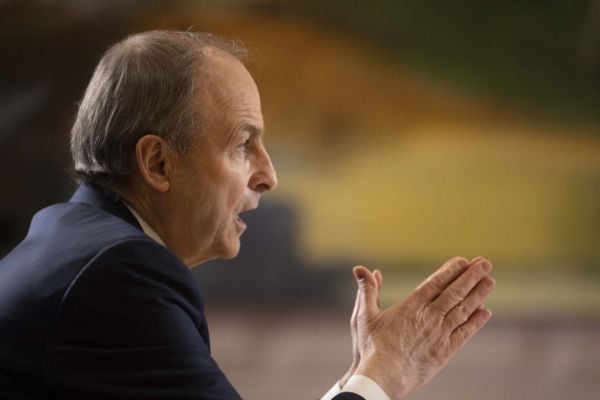 The Taoiseach has met church leaders over recent violence in the North.

Micheál Martin praised the leaders of the largest congregations on the island for their “ongoing contribution to peace building”, and recognised the work that churches undertake on a daily basis at community levels.

They “shared concern” following more than a week of successive nights of violent scenes across the North.

The violence was attributed to aggravation felt at post-Brexit arrangements as well as the lack of prosecution of members of Sinn Féin over alleged Covid-19 rule breaches at a funeral last year, as well as increasing feelings of alienation among loyalists.

Mr Martin and the church leaders agreed the causes of the violence are “complex”, and urged that “calm, measured and positive leadership be exercised at every level – political, civic and community, for all the people of Northern Ireland”.

The decade of significant centenaries was also discussed, with an agreement to promote a “sensitive, inclusive and respectful approach”.

Meanwhile, in reference to ongoing pandemic restrictions, the church leaders said they looked forward to church services being able to resume.