AS predicted in this week’s Kildare Nationalist, Kildare will open their 2021 Allianz National Football League campaign with a match against Cork at a neutral venue. The match against the rebels will take place in Thurles on Saturday 15 May with a throw in of 3.30pm. 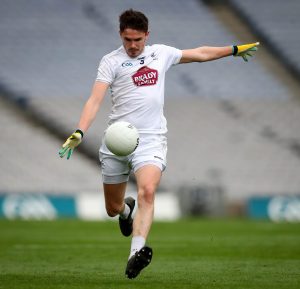 The match will be live on Eir Sport

Meanwhile David Herity’s hurlers will host Donegal in Division 2B at 1pm on Saturday 15 May in Newbridge and they will be home again on the following Sunday, 23 May against Derry at 4pm, this time in Manguard Plus Hawkfield Centre of Excellence.

Kildare will finish the Group out west with a match against Roscommon on Sunday 6 June at 2pm and against Mayo on the following Saturday, 12 June with a 2pm throw in also.

Both Kildare teams have been back training this week and official League squads are expected to be announced in the next week or so.