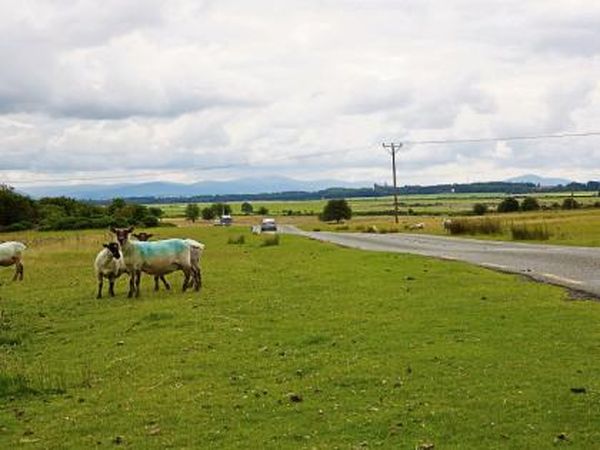 OVER 3,400 people took the time to make a submission to the Kildare Co Council’s Management and Conservation Plan for the future of the Curragh.

“This was revealed by Planning’s SEO Mairead Hunt at last week’s monthly meeting of the Kildare-Newbridge Municipal District, as she gave her quarterly update on the Public Realm Projects in the area to the councillors.

With the public consultation period only open for four weeks, the fact that more than 100 people a day offered their tuppenceworth is quite a testament to the importance of the Curragh Plains to Kildare people.

These submissions will now be assessed “to inform the next phase of the process”, and the final plan – costed at c. €150,000, and part-funded by Local Property Tax contributions – is expected to be published by the end of the year.

Minister of State Martin Heydon along with his colleague Minister for Defence Simon Coveney have thanked and acknowledged the almost 3,700 people who recently made submissions to the public consultation on the future of the Curragh Plains.

“We are very grateful to the almost 3,700 who took the time to give their vision for the future of the Curragh Plains, ” said Minister Heydon. “The Curragh Plains is a national treasure and holds a very special place in the hearts of Kildare people in particular, but such a special resource needs to be protected. I look forward to continuing my work with the Department of Defence and Kildare Co Council through this consultation process to improve the management and conservation of the Curragh Plains for generations to come.”

Minister Coveney set out the next steps in the consultation process .“Where this will go from here, is that we are going to assess now those 3,700 contributions, put in place a response to that, and hopefully by the end of the year, have a plan in terms of governance structure for the management of the Curragh Plains in the interests of the public, in a way that of course understands the strategic partners on the Curragh like the Defence Forces and the Department of Defence as well as many others.

“It is hoped that by the end of the year, a new proposal will be ready in terms of how to protect this extraordinary natural resource not just for Kildare but for the Country as a whole” he added.

“It’s really about protecting this great resource for us in Kildare who use it and are so passionate about it, but also recognising it as a national asset and I look forward to the future work of this consultation, in conjunction with Kildare Co Council in the months ahead” concluded Minister Heydon.

The engagement of the public was also welcomed by Senator Fiona O’Loughlin.  “I have done a lot of work on this and will continue to raise the importance of the Curragh Plains in Kildare,” said Senator O’Loughlin. “There are ongoing issues with illegal encampments, waste and inappropriate use of the plains which have been a boon to many within the 5km-but unfortunately there are issues such as people driving on to the grass etc. There also needs to be a clear plan to look at reseeding grass where needed. People need to be encouraged to use the Curragh, but we need designated parking, alongside discreet information signage so that we can all learn more about this national treasure that we are so lucky to have on our doorstep. Senator O’Loughlin has also called for the Department of Defence, the OPW and the Department of Heritage to set up a cross departmental task force immediately to address the issues and failures. “This also needs to be addressed in our upcoming County Kildare development plan,” concluded the Senator.