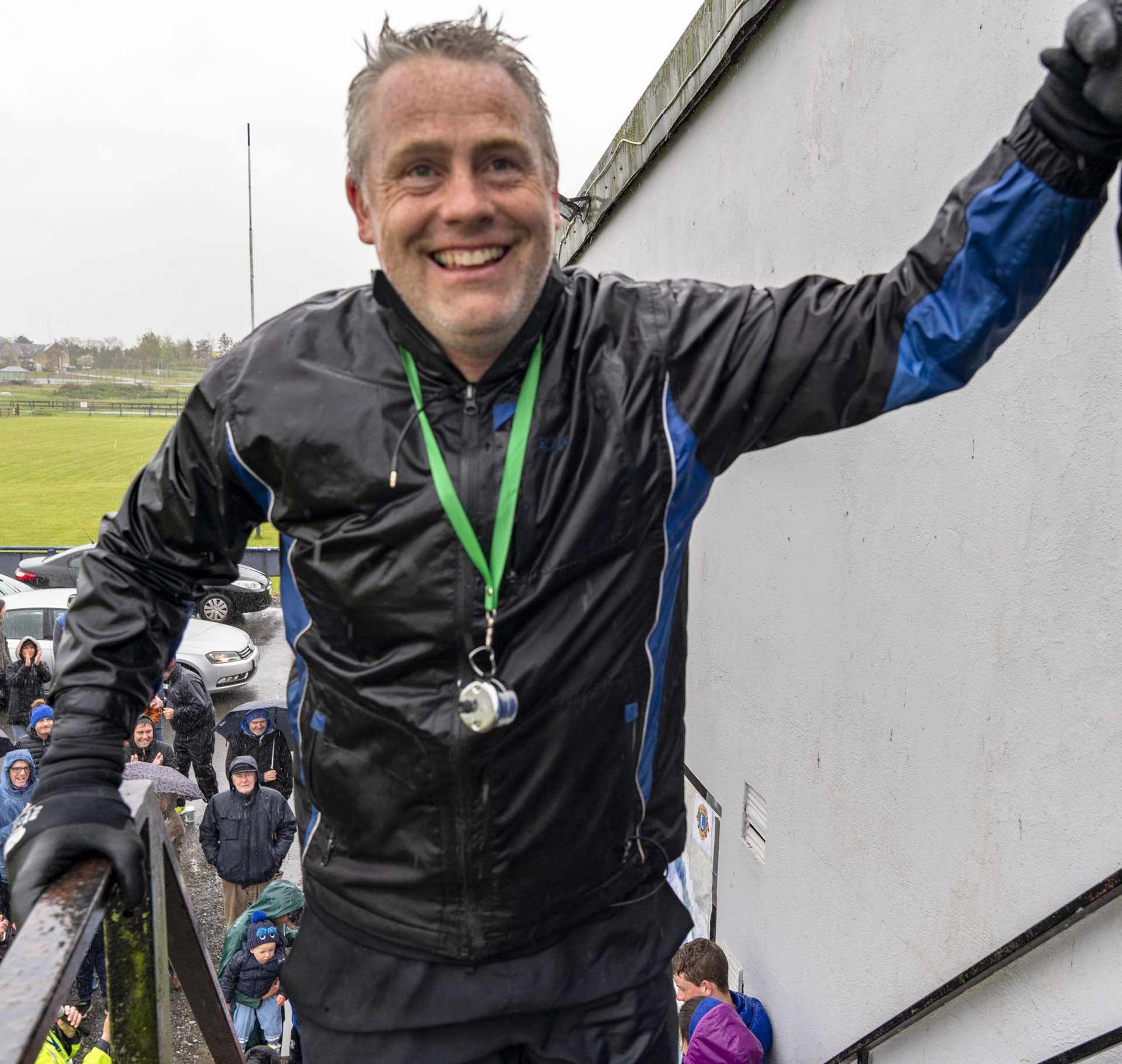 BRIAN Dooley may not have literally been on top of the world yesterday afternoon (Monday) but it sure felt like it. After all the Lions Club President and county councilor had only gone and climbed Mr Everest…virtually speaking.

Brian set out on Saturday, May Day to climb ( and descend) the steps of the fire escape at Athy Rugby Club, not once but 2,810 times…each way which would be the equivalent of climbing and descending the highest mountain in the world.

He completed his challenge just after noon yesterday Monday, with his wife Michelle accompanying him on the final leg of his journey.

It was all in a good cause to raise much-needed funds for Pieta and for the local St Vincent de Paul.

Brian had been in training for the climb for the past few months and was thrilled by all the support he received throughout his three-day marathon.

For some part of the challenge, the sun shone and conditions were good but in the last few hours of the climb earlier today, more Everest like conditions appeared with wind and rain adding to the challenge.”All we need is snow and we will have Everest,” laughed Brian

On Saturday Brian completed 10 hours climbing and descending and on Sunday he put in another 9.5-hour shift. He said he tended to eat on the go as he did not want to stop as his legs would seize up. He was very grateful to get some massages throughout the challenge which helped to keep him on the move.

He also took well-earned…if not painful ice baths after he finished each night and he slept like a baby, he told me.

He said he was very humbled by the support that has been shown to him throughout the weekend. He was never alone as people gathered to shout messages of support and many different people joined him on the fire escape for a part of his journey.

“There were always between 15 and 20 people here at any one time,” said Brian.

The oldest person to join him on the steps was 85 years of age.

“The only real blisters I have are on my tongue from talking,” laughed Brian as we chatted on the phone as he neared the end of his climb. He sounded completely calm and fit and not a sign of being out of breath. I couldn’t believe he was climbing as we talked.

Brian said he was blown away by the support from the people of Athy. He said there was a great buzz around the place throughout the entire weekend and it was great to see the children back training. “There was great banter about the place and a great buzz,” said Brian. The funds are coming in and you can continue to support the fundraising campaign at idonate.ie/athylionsclubeverestchallenge