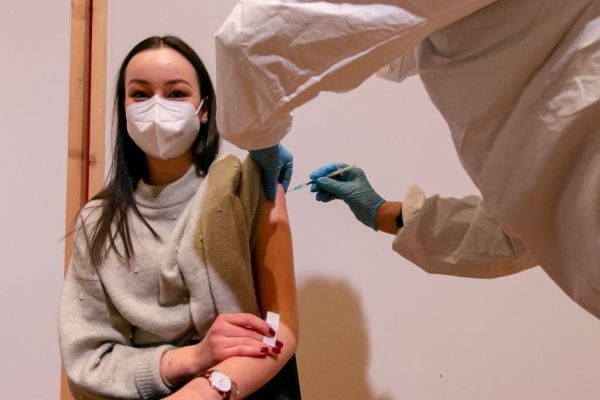 One in five young women are uncertain about getting a Covid-19 vaccine, public health officials are to be warned this month.

Dr Jane Walsh, a lecturer in psychology and director of the Mobile Technology and Health (mHealth) Research Group at NUI Galway, who carried out the research, said she suspected the higher hesitancy among young women may be related to concerns over fertility.

“The difference between men and women is particularly prevalent in Ireland,” she told The Irish Times. “But at this stage, it is only speculation that it could be related to concerns about fertility. We did not ask that question in the study.”

The NUI Galway study, carried out in collaboration with University of Huddersfield, polled 1,000 people online in Ireland and the UK about their attitudes and intentions in relation to Covid-19 vaccination programmes.

In the over-30s group, 85 per cent of men indicated they would get a vaccine compared with 76 per cent of women.

The findings are to be presented to the behavioural change subgroup that advises the National Public Health Emergency Team in the coming weeks.

Dr Walsh said the study also showed that those who expressed uncertainty about being vaccinated were much more likely to be swayed by their peers or GP rather than by Government messaging.

The study also found that people were more likely to signal intention to get a vaccine if they had a higher trust in authorities; high satisfaction with government response to the pandemic; and if they were more likely to adhere to public health guidelines in general.