TO mark the much-anticipated return of the Allianz Leagues for 2021, Allianz say that they are offering GAA fans in Kildare access to exclusive offers on car and home insurance as well as the chance to win €5,000 for their nominated GAA club. 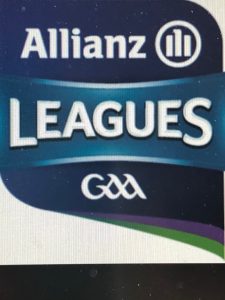 Through this offer, Allianz say that all new and existing customers will not only receive a great discount on their direct car or home insurance, but Allianz will also support their passion for the GAA by donating €10 for each policy purchased to their nominated GAA club.

In addition to this exclusive offer being open to all Kildare GAA fans, Allianz say they are investing a further €20,000 into clubs across the country. All customers availing of the offer will automatically be entered into a draw to win €5,000 for their nominated club, with one winner selected per province, according to Allianz.

With a grand total of €20,000 up for grabs, and more through the offer, Allianz say that they have expanded its investment into, and support of, grassroots Gaelic Games which includes the Allianz Cumann na mBunscol competitions.

CEO of Allianz Ireland, Seán McGrath said: “Allianz is looking forward to building on the GAA offer scheme this year allowing us to give back in a significant way to clubs at a grassroots level. We know that many of our customers are passionate about the GAA and supporting their passions and the communities where they live and work is central to how we want to use our partnerships.”

Allianz say that they have sponsored the Allianz Leagues for 29 years and the competition for national schools, Allianz Cumann na mBunscol, since 1993 making them, they say, one of the longest running supporters of Gaelic Games in the country. Allianz also say that they are the insurer of over 2,200 GAA clubs across Ireland.