THE Camogie Association is to alter its Fixtures Schedule following a vote of clubs, the result of which was announced on Tuesday evening. 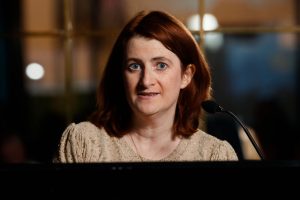 In a statement, signed by Athy’s native, Hilda Breslin, Uachtarán of the Camogie Association and Sinéad McNulty, its CEO, the Association said of the poll, “The response of clubs was positive with 62% of clubs returning a vote. 53% of those clubs voted for option 2 with 47% voting for option 1. This means that the Camogie Association will now run the 2021 Inter County Championship, after the Littlewoods Ireland National Leagues which start this weekend, followed by club Championship competitions.  We would like to thank all of our members who carefully considered the two options and participated in this process.”

There was widespread criticism and opposition, particularly from intercounty players, with a strike threatened, when the original Fixture Structure proposed that the club competitions would be sandwiched between the League and the Championship which flew in the face of the fixtures of the GAA and the LGFA.

The Association statement goes on to say, “We have a result and a mandate from our members, which we will respect and implement. Planning will start immediately at National and County level to maximise camogie activity for all players throughout 2021.”

The Association goes on to say, the next steps for the Camogie Association are to detail the fixtures structure, collaborate with our colleagues in the GPA in relation to the feedback from our clubs, and work with broadcast partners to try and ensure maximum coverage possible for all of our Camogie on 2021.”

The Camogie Association also welcomed Monday’s Government announcement that female GAA players, including Camogie players, were to receive the same amount of funding as their male counterparts from 2021 onwards.

“The Camogie Association welcome this decision, and the formal acknowledgement of the contributions that the Camogie Association, camogie volunteers and players across the club network and at inter county level, make to Irish sport, society, culture and heritage. We will work with government and Sport Ireland in relation to the roll out of this funding,” Tuesday’s statement concluded.