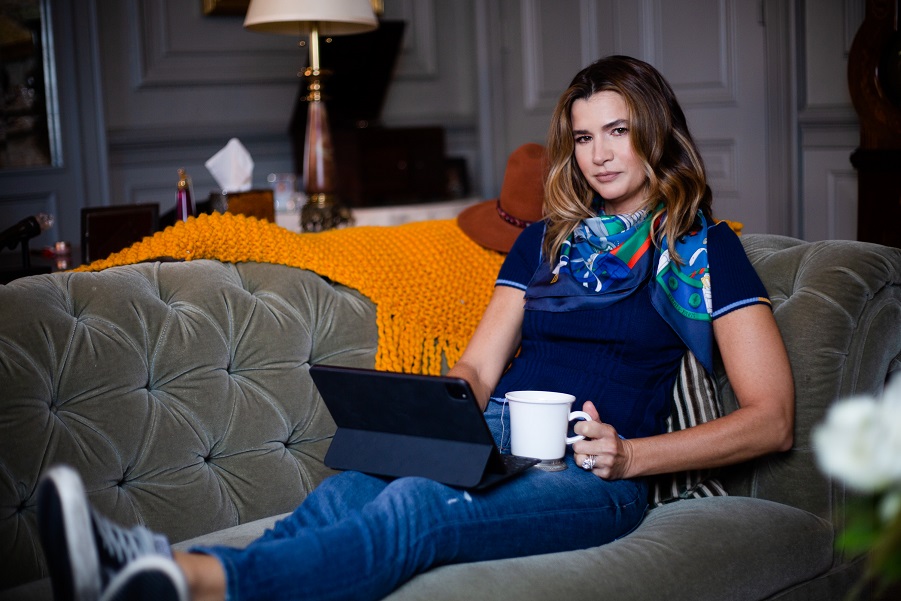 YouthINK was the brainchild of Christy Cashman, actress, author and owner of Kilkea Castle

YouthINK, a not-for-profit young writers’ initiative, is hosting a special mentorship programme for students in Ireland and the United States.

YouthINK was the brainchild of Christy Cashman, actress, author and owner of Kilkea Castle in Co Kildare; she created it to encourage writing, storytelling, and self-expression in teenagers. The YouthINK short-story writing competition is open to teens, aged 13 to 18 years old, and entries close on 31 December 2021.

The goal of the competition is to encourage teenagers to exercise their ‘creative chops’ by submitting a short story or essay of no more than 3,000 words that has to do with nature and/or animals. The winner, and their parent/guardian, will receive an all-expense-paid trip to the historic Kilkea Castle. While there, they will attend a three-day creative workshop that includes music, paintings, sculpture, and even a culinary experience, and will be attended and facilitated by notable authors and other creative luminaries.

“We want to support the next generation of writers by offering unique creative experiences that will inspire, motivate and elevate their craft of writing,” said Ms Cashman, who founded YouthINK during the pandemic. “Encouraging young people to be creative and use their imagination is an important step to developing the next generation of great authors.”

On the phone from the US, she told the Kildare Nationalist that a few years ago she was over at Kilkea with a literary organisation called GrubStreet, on whose board she spent a number of years. She explained that “they had a board retreat at Kilkea and they wove into their retreat a writing workshop,” adding that it was “just so inspiring and so interesting… ultimately that was something that I think planted the seed to do a writing workshop programme over there on a regular basis and sort of out of that, I think, YouthINK was born.”

Ms Cashman noted that Narrative 4 – a global organisation driven by artists, shaped by educators and led by students – is going to be involved. Narrative 4’s core methodology, the story exchange, is designed to ‘help students understand that their voices, stories, actions and lives matter, and that they have the power to change, rebuild and revolutionise systems.’

According to Ms Cashman, the story exchange “is all about creating empathy… it’s so interesting. So, they will take a group and you will tell your story to somebody and then they have to retell your story and so you get to hear your story retold and then you have to retell someone else’s story as in, you know, you put on their shoes for that purpose.

“I think that is such an awesome exercise to incorporate into any writing workshop, because I think that ultimately we tell stories and we want to hear stories because I think it is about creating empathy and hearing, you know, about different worlds and different cultures and different ways that people have been raised, even if they’re maybe in the same neighbourhood, you know? I mean, I was raised in the same house as nine brothers and sisters but we all have our different stories.”

She added that “stories are those things that create the bridges to other people’s lives, no matter who you are.”

Ms Cashman said that she’s “so excited to do this” and explained that “of all the organisations that I’ve been involved with and helped to promote, this is my favourite. It’s very close to my heart.”

The team at Kilkea Castle recently announced that they will be reopening on Wednesday 2 June, hopefully marking the final closure as part of Covid restrictions in the county and country. On the topic of Kilkea, Ms Cashman noted that they have a skeletal crew there “keeping things going, but when we reopen, you know, you never know how everyone’s lives have changed in the duration of this.”

Regardless of where the competition winner comes from, it’s sure to be an exciting and inspiring destination for a creative workshop. Standing in between the teen writers and this prize is quite the illustrious group of judges. Ms Cashman has hand-picked a group of literary notables, including award-winning authors, musicians, film-makers, actors, and artists, who will be judging the entries. Joining her on the judging panel will be ***New York Times***’ bestselling author Andre Dubus III, award-winning Irish author Colum McCann, bestselling authors Tom Perrotta and Arthur Vanderbilt, Emmy winning producer and journalist Lisa Pierpont, business strategist and bestselling author Julie Guest, filmmaker and director Michael Mailor, musician and artist Sally Taylor, columnist and novelist Jonathan Soroff, literary agent Lucy Cleland, casting agent Angela Peri, and writer and editor Louise Piantedosi.

Ms Cashman said that “the only thing we have asked is that they write something about nature or animals,” adding that “it’s interesting” because she just interviewed Sy Montgomery for the Boston Public Library. Ms Montgomery penned ***The Soul of an Octopus*** in which she explores the ‘emotional and physical world of the octopus – a surprisingly complex, intelligent and spirited creature – and the remarkable connections it makes with humans.’

Ms Cashman again made reference to empathy and said that “it’s the story of an animal that we would never think that we’d have anything, you know, to relate to. And yet there is and that’s because the author has created empathy for a creature that looks so different from us… that’s the beauty, that’s the magic in storytelling.”

Once the judges have reviewed all of the short essays, the final two will be chosen by vote. The winner (and guardian) will receive an all-expense paid trip to Kilkea Castle to attend the 3-day writer’s workshop, and the runner-up will be invited to a one-day, remote workshop at GrubStreet Creative Writing Workshops.

For further information, creative prompts for your writing submission, or to submit an entry, visit www.christycashman.com/youth-ink. As Ms Cashman remarked before our conversation drew to a close, “we’re very excited about it.”