FOLLOWING on his impressive displays for Norwich City in the closing stages of the English Championship, Leixlip native, Andrew Omobamidele has been called up by Republic of Ireland senior manager, Stephen Kenny, for a Training Camp in Spain as well as friendly matches against Andorra and Hungary next month. 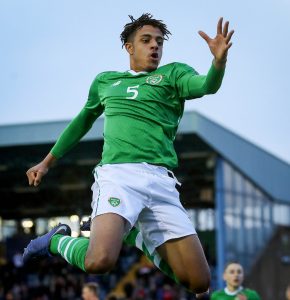 The 18 year old defender helped the Canaries to promotion to the Premier League for next season. The Leixlip native, who played for Leixlip United, has represented Ireland at U17, U19 and U21 level before getting his senior call up.

There is no place in the 27 man squad for Maynooth’s Mark Travers who has been a regular in Irish senior squads under Mick McCarthy and who made his full international debut in September 2019 and his senior competitive debut in March 0f this year.