LEINSTER Rugby held its AGM on line on Thursday night and a number of motions were passed including the extension of office roles for a further season and the updating of the Branch Bye-Laws following recommendations made by the Inclusivity Committee. 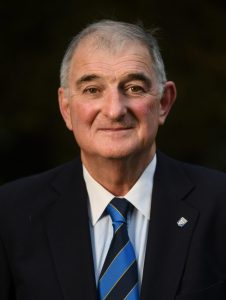 As a result, John Walsh of Naas RFC was re-appointed as the 101st President at the Leinster Rugby Branch and will now serve a second season in recognition of the impact that Covid -19 had on Leinster Rugby over the past 14 months or so.

Vice-President Debbie Carty and all other officers, standing committee chairs and branch chairpersons of Leinster Rugby Branch committees will now also serve a second season in their roles. Carty, of Wexford Wanderers RFC  and the South East Area, is still in line to become the first female President of the Leinster Rugby Branch in the 2022/23 season.

Amendments to the Branch Bye Laws on Inclusivity and on Objectionable Behaviour were also passed at Thursday’s AGM.