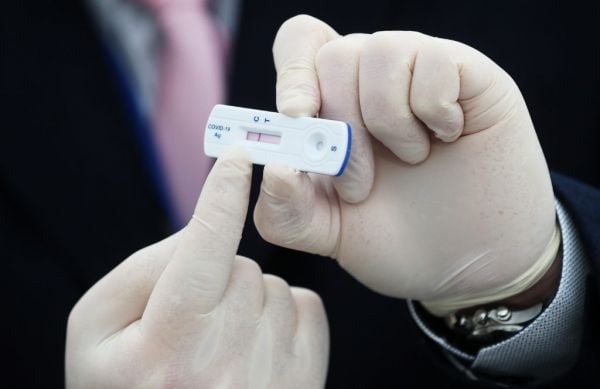 A review by the HSE has found single antigen tests miss a “significant proportion” of Covid-19 cases.

The tests are not recommended as just 52 per cent of positive cases were detected when a single antigen test was taken, compared to a PCR test, according to the Irish Examiner.

The review by the HSE‘s Covid-19 antigen testing working group analysed six lateral flow tests and one microfluidic device with a reader.

Although the group noted these tests showed 80 per cent sensitivity to symptomatic cases, other tests were equally, or more sensitive to similar cases, and “for the purposes of asymptomatic screening, a single, stand-alone antigen diagnostic test is not recommended, as a significant proportion of people who are infected and infectious to others will not be detected.”

The group added antigen tests are suitable for symptomatic people when used in conjunction with PCR tests, and could be used with “supervised self-collected nasal samples”, a process which was previously adopted in meat factories.

The wide variation in sensitivity among antigen tests was also noted in the review, stating the recommendations made for any particular test cannot be applied to all antigen tests because of these variations.

The review also said that anyone setting up an antigen testing programme should supervise “clinical governance and quality management of all aspects of sampling and analysis”.

The report noted antigen tests could be suitable in some settings due to their quick turnaround of results, however, added that the findings should not be used to justify the use of antigen tests for home-testing.