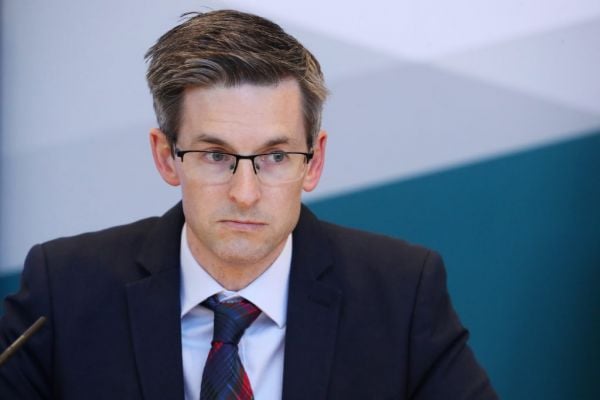 Public health bosses have said they are “concerned” about the impact the Delta variant may have in the coming weeks.

It comes after UK prime minister Boris Johnson was forced to delay reopening plans by four weeks until July 19th, as a result of the rapid growth of the variant there.

Speaking on Monday, deputy chief medical officer Dr Ronan Glynn urged people who are not yet vaccinated to remain vigilant.

Great to see the astounding results in vaccine uptake in our vaccinated groups in Ireland.

You can see the progress across all of the EU/EEA on the @ECDC Covid-19 Vaccine Tracker here https://t.co/cN6DW2ckUd #ForUsAll #CovidVaccine pic.twitter.com/mrD6bM64S8

“One thing that we’re particularly concerned about is the Delta variant, and what impact that may have over the coming weeks,” he told Beat 102-103.

“We’re very keen for people, particularly people who have not been vaccinated, continue to follow the basic messages so that we don’t run into trouble over the coming weeks.”

The number of Delta variant cases in the Republic has increased to 126, according to the latest update from the HSE.

In Northern Ireland, 111 probable and confirmed cases of the variant were detected up to last week.

Last week, Taoiseach Micheál Martin said “all hands on deck” are needed to deal with what he called the “dark cloud on the horizon” of the Delta variant of Covid-19, first identified in India.

He called for a collective effort from political leaders across Ireland and the UK to tackle new strains of the coronavirus.

The North’s outgoing First Minister Arlene Foster said the Delta variant now makes up around 20-25 per cent of new cases there, raising concerns that case numbers and hospital admissions could rise in the weeks ahead.

*Daily case numbers may change due to future data review, validation and update.

The issue was high on the agenda of a meeting of the British-Irish Council in Co Fermanagh on Friday.

Mr Martin said: “What was interesting in the discussions this morning, what my ears were particularly alert to was on the various communications around the Delta variant, for example.

“And some jurisdictions saying to us, we’re not quite out of the woods yet.”

He added: “I think it brought home the necessity for us to work very closely together, in terms of monitoring the evolution of Covid, and in particular, the latest cloud on the horizon, it being the Delta variant.

“I think it’s through close collaboration that we can work, but we need to have all hands on deck, in terms of dealing with what has been a very serious issue for the people we represent.”

On Monday, 242 additional cases of Covid-19 were confirmed in the Republic, the Department of Health said.

There are currently 67 patients in hospital with the disease, 23 of whom are in intensive care units.

Daily case numbers may change due to future data review, validation and update, owing to the cyberattack on the HSE.