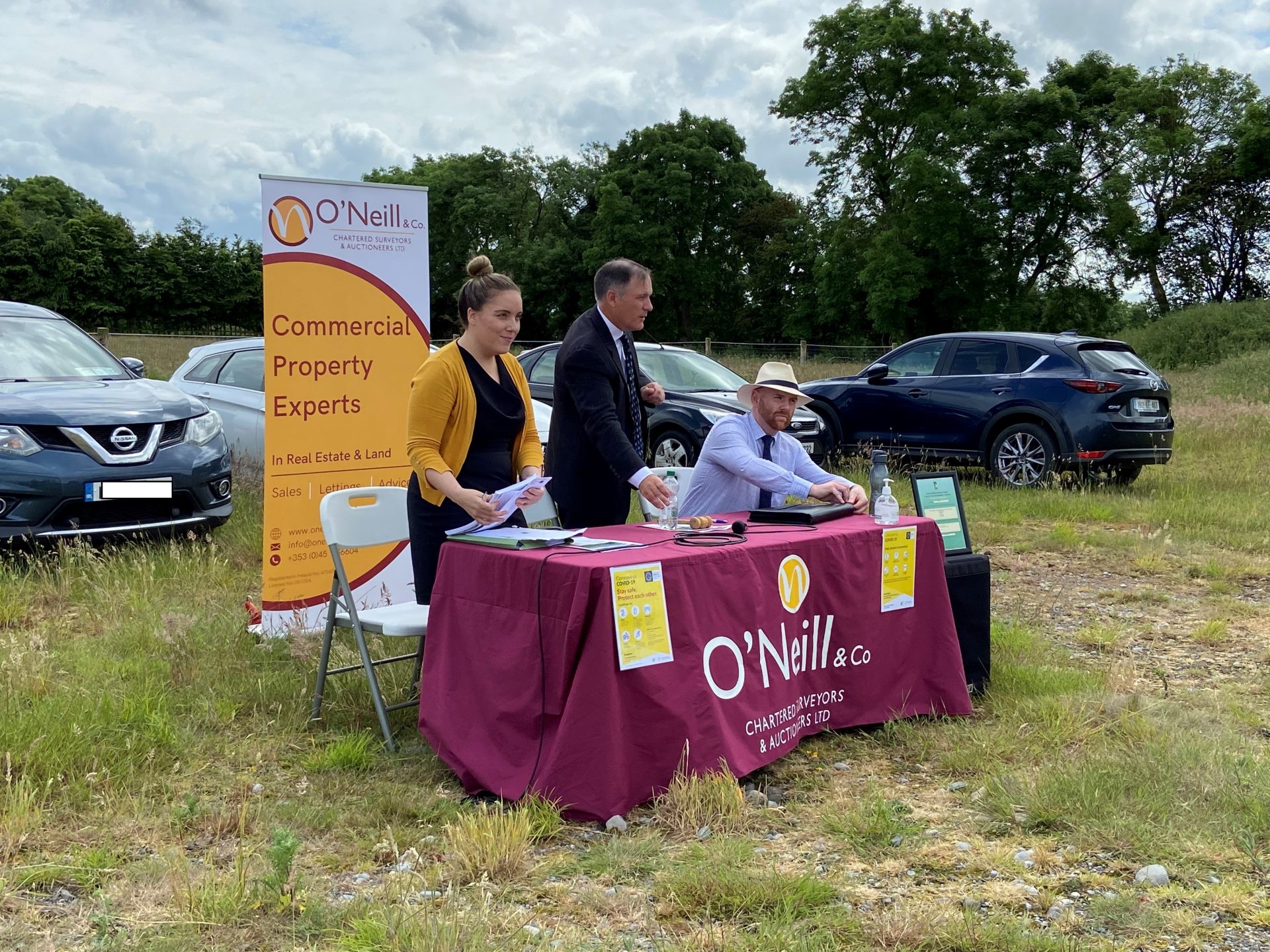 An onsite auction of farmland at Waterstown in Sallins was conducted yesterday 16 June where 20 acres sold fo a strong price of €400,000, equating to €20,000 per acre.

With road frontage onto the Grand Canal, and rear access via Digby Bridge, this parcel of land generated plenty of interest from both locals and further afield.

Darac commented after the sale “Parcels of lands of this size and in these locations rarely come to the market and when they do, they generate significant intertest. The price achieved of €400,000 or €20,000 per acre demonstrates the significant appetite for lands both as an investment medium and for farming/equine purposes”.