Eadestown’s, Tadhg Beirne is one of six Irish players who has been included by Lions Head Coach, Warren Gatland, for Saturday’s game against Japan at BT Murryfield.

Beirne, who had an outstanding season for Ireland in the Six Nations has been included along with Robbie Henshaw, Bundee Aki, Conor Murray, Iain Henderson and Jack Conan. 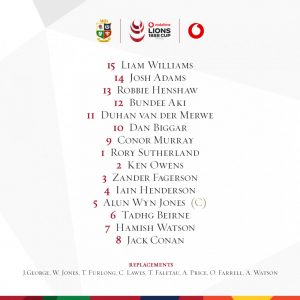