JOE McDonagh, the former great Galway hurler and former President of the GAA, is five years dead but the hurling championship named in his honour, keeps his name fresh in people’s minds and offers a great opportunity to Tier 2 teams that don’t yet fit into the Liam McCarthy category. 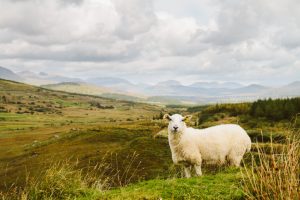 Jack Sheridan on the front foot against Roscommon in the Allianz League Photo: Sean Brilly

On this Saturday the competition will make history in St Conleth’s Park as Kildare, Christy Ring winners in 2014, 2018 and 2020, will compete in the competition for the very first time as they host neighbours, Carlow, in Round 1 at 4pm.

Kildare achieved their first aim of 2021, promotion from Division 2B of the Allianz Hurling League. They did so with aplomb with convincing wins over Donegal, Derry and Roscommon and then being given a searching test by Mayo in Castlebar before emerging as winners and Division 2B League Champions 2021.

Manager, David Herity, would have been happy that the players took themselves out of a sticky first half situation before a few half time readjustments in play set the engine going again.

Speaking of engines, a vital cog in the Kildare engine will be missing on Saturday with absence through injury of Paul Divilly. In his 15 years or so in the Kildare jersey the Confey man has been an outstanding and courageous performer whether it be in the half back or half forward positions or latterly back at midfield where he is probably giving the performances of his life in the No 9 jersey.

Divilly’s absence is a huge blow to Kildare, although the hope is that he will be fit enough to take his place in the side for the Round 2 game away to Westmeath. Herity has had to shuffle the deck to accommodate Divilly’s absence but he is lucky to be able to move captain, Brian Byrne, back to midfield where he is no stranger and will offer a different option to his forwards.

In other changes Herity brings in Leixlip’s Jack Travers at left half back for his first start of 2021 and Maynooth’s teenager, Cathal McCabe who has been impressive when sprung from the bench in the Christy Ring Cup and League matches.

Just as Paul Divilly’s absence is a huge blow to Kildare so too is the reported absence of Carlow’s top scorer, Marty Kavanagh. The corner forward chips in regularly with 1-12 or 1-13 per game so that is a massive absence for the team. Make no mistake about it though, Carlow, now managed by Naas Manager, Tom Mullally, also a Kilkenny man, are seasoned Joe McDonagh Cup campaigners and have played at the higher echelons of hurling in recent years, but they are no one man team. Kavanagh’s brother, Jack, Chris Nolan, Jon Nolan and Ed Byrne have the talent to trouble any team.

Kildare, too, have a potent forward line and a strong defence with stand out players such as Simon Leacy, Rian Boran and Declan Flaherty minding Paddy McKenna in goals and at the other end former footballers, Johnny Byrne and David Slattery giving the fire power to the Naas dynamic duo of Jack Sheridan and James Burke.

Carlow will be firm favourites for the game but this Kildare team has not only defied the odds but has also met all targets they have set themselves to date. If they bring their “A” game to St Conleth’s then they have a great chance of putting McDonagh points on the board.