Once More Into The Fray For Kildare Hurlers

IT’S getting harder, you know, this Leinster hurling championship. Tuesday night proved just one match too many for the Kildare U20 hurlers and on Wednesday night in St Conleth’s Park Minor Manager, Eoin Stapleton, will lead his charges as they try to advance in the Electric Ireland Minor Hurling Championship. 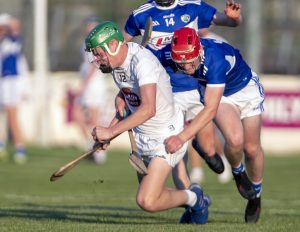 Wexford are the opposition and the match throws in at 7.30pm and the winners will face either Meath or Dublin in the semi-final next Wednesday night. Wexford will be forewarned, for sure, after the defeat of their U20’s to Kildare in Newbridge last week.

Kildare have had two powerful and convincing wins over Carlow and Laois respectively and it’s fair to say they have being playing within themselves in those games. Wexford will be a different proposition though.

Kildare are very solid in defence with the likes of Liam O’Reilly, Rain Redfern and Daniel O’Meara. In midfield top scorer, Fionn Maher,  and Cian Boran, act as perfect foils for each other while Niall Dolan, Alan Tobin and James Nolan are capable of hurting any team with their running style.

If Kildare can continue the progression they have shown in 2021 then they have an excellent chance of causing an upset on Wednesday night.