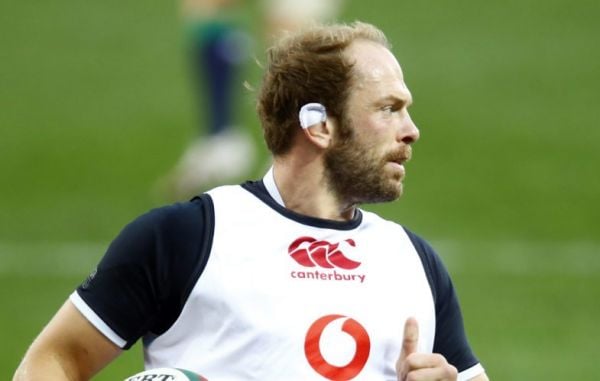 The seasoned lock has turned despair at a ruined tour into a stunning recovery and has proved his readiness for the weekend’s first Test against the world champion Springboks.

And Ireland number eight Conan hailed his Lions team-mate’s return to action as a big boost to the tourists.

“The way I recover from things, I’d still be in a sling, so fair play to him,” joked Conan.

“It’s a testament to how professional he is, how well he looks after himself.

“And I think any doubts he would have had were completely put to bed when he came off the bench the other day against the Stormers, with the physical impact he had straight off the bat.

“So there’s no doubt that he’s going to just bring that again at the weekend.

“He’s a man that leads from the front, both with actions and words. And I think everyone’s excited to see what he brings.”

Conan has won the nod at number eight, joining Courtney Lawes and Tom Curry in a balanced-looking back-row unit.

The 28-year-old admitted that even in January a Lions place was nowhere near his rugby aims for 2021, given his lengthy injury battles.

Putting in the hard yards this morning 💪

Conan was forced out of the 2019 World Cup with a foot injury, and has since had to contend with neck issues.

But the Leinster star has fought back to full fitness and top form, and is now itching to kick on again.

“The Lions definitely wasn’t on my wish list in January, I must say,” said Conan.

“At that stage it was just about getting fit again and not having these constant setbacks.

“So I wasn’t projecting myself too far forward, it was very much a take every day as it comes mindset.

“And the Lions was not top of my list – far from it really!

“It means a lot to be here now, and to look back to see all the hard work the people around me have put in, how much they’ve helped me and how much I owe it to them.

The moment we’ve all waited FOUR years for is here…😆

“It’s had a lot of ups and downs since the World Cup, the road to here hasn’t always been easy, but it’s definitely been worth it.

“Look, I obviously had a bad injury at the 2019 World Cup and didn’t get to lay down the marker that I would have liked in that campaign.

“Then I didn’t get the chance to play until late August 2020 because of the pandemic and everything else. So it was a bit of a disruptive route back into the game.

“And even since then I’ve had a few knocks, niggles and setbacks but thankfully the last few months, and hopefully the next few weeks, will be injury-free and help me play some good rugby.”