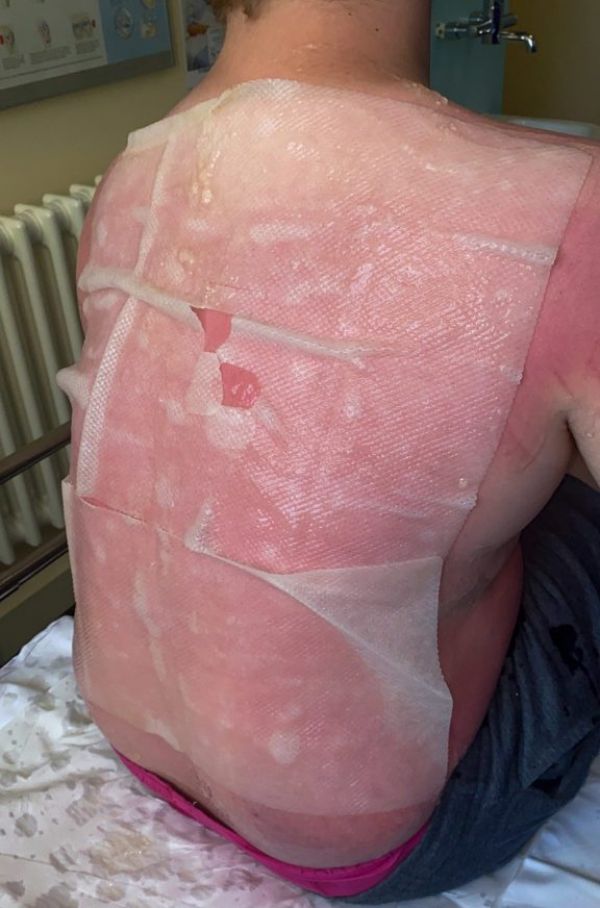 A mother is warning parents to be sure suncream has had a chance to soak in, after her son suffered second-degree burns following a day at the beach.

Laura Daly said her son Rían, aged 15, needed hospital treatment after getting sunburnt after a few hours at Greystones beach.

Ms Daly said Rían spent most of the time in the sea and “whenever he got out I reapplied the suncream.”

“What I feel happened is that it didn’t dry in quick enough before he was gone back into the water again. I reckon the water kept washing it away,” she said.

“It was a silly mistake that I didn’t make him sit for five to 10 minutes to let it actually dry in.”

He was screaming in the shower. He said ‘I am burning from the inside out, help me’,” Ms Daly said.

Ms Daly, who was with family members including younger children, even went down to the water to spray Rían with more suncream.

He was not burnt on his shoulders and she believes this is because they were not in the water, therefore the suncream was able to dry in and protect his skin.

When they returned home on Saturday afternoon, Rían began to feel nauseous and his mother drove around chemists looking for cooling gel and other treatments to cool him down, but they were all sold out.

On Monday morning she spoke to her GP and Rían was holding his own. It was only when he went to have a shower later that day that the extent of the sunburn became obvious.He was screaming in the shower. He said ‘I am burning from the inside out, help me’

“He was screaming in the shower. He said ‘I am burning from the inside out, help me’,” Ms Daly said. She brought him straight to A&E at St Columcille’s Hospital in Loughlinstown.

A doctor told her he had first and second-degree burns and Rían was treated with burn gel and prescription painkillers. He had burnt his back, left side and legs.

He was allowed to go home a couple of hours later and is recovering well.

Ms Daly said she put photos of the sunburn onto social media at the request of the doctor who looked after him.

“She said to me, would you do me a favour and post those pictures so people can be more aware. I thought yes, this is a good idea. It was a genuine mistake on our behalf, all the other kids are fine.”

Ms Daly’s message to anyone going to the beach or where there is water is to “be sure to let the sun cream dry in for a good 20 mins. Don’t do what we did, which was to apply it when we got to the beach.”

“Apply it before you leave the house. Hopefully, this will help prevent someone else from doing it too,” she added. 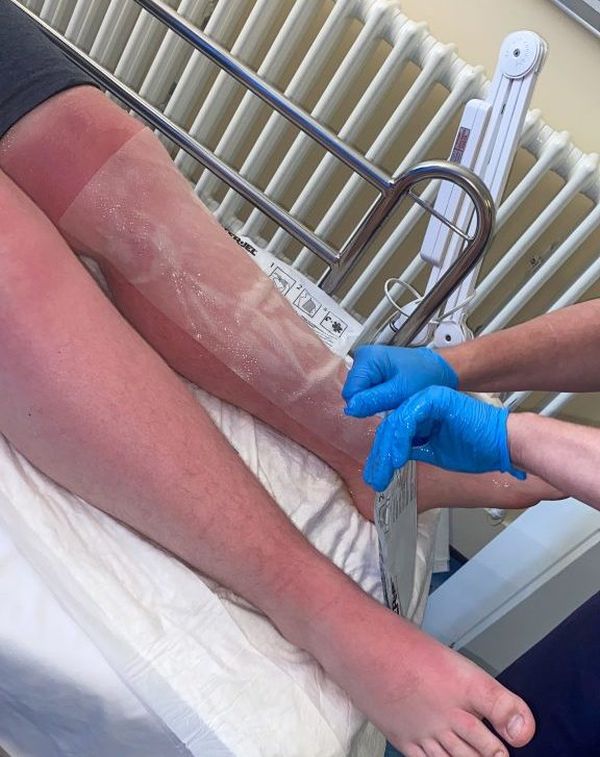