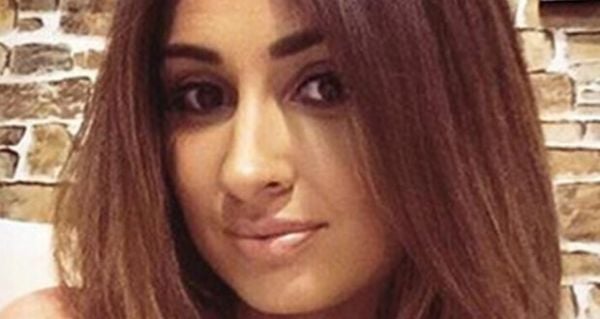 A forensic scientist had told a murder trial that the amount of blood splatter found in the kitchen of Nadine Lott’s apartment suggested there had been a “sustained assault” on her when she was lying on the floor there.

The barrister said the court will hear evidence that the injuries to Ms Lott were so serious that she never regained consciousness and died three days later in St Vincent’s Hospital in Dublin. An intensive care nurse at the hospital has told the jury that Ms Lott was “completely unrecognisable” and that she had never seen anybody so badly injured.

A paramedic who attended to Ms Lott at her home told the jury that the call will “haunt” him for the rest of his career and was one of the most “horrendous scenes” he had ever walked into in his life. The garda who telephoned ambulance control informed them that Ms Lott had been “beaten to a pulp”.

Mr Murtagh (34), of Melrose Grove, Bawnogue, Clondalkin, Dublin 22 has pleaded not guilty to murder, but guilty to the manslaughter, of his 30-year-old ex-partner Ms Lott at her apartment in St Mary’s Court, Arklow, Co Wicklow on December 17th, 2019.

Giving evidence on Friday, forensic scientist Dr Stephen Clifford told Mr O’Kelly that he was asked to comment on the blood pattern from photos of Nadine’s apartment. There were blood-stains found on two couches in the living room of the apartment, he said, and large shards of glass from a broken mirror were also located.

Inside the kitchen door and low down on the wall was a large amount of impact blood splatter, said the witness. The court heard that Nadine was found lying on the kitchen floor with her head positioned between a wall and shelving unit when paramedics arrived in the early hours of December 14th. Dr Clifford said that this suggested that “a sustained assault” on Nadine had taken place when she was lying down in this area.

The witness told Mr O’Kelly this was his view because of the amount of blood on the wall between the skirting board and the side of the press, where she had first been found after the assault took place.

Evidence has been given that Nadine had to be moved from the centre of the kitchen to the sitting room to allow for 360 degree access so that up to four paramedics in conjunction with the armed response unit could work on her.

Under cross-examination, the witness agreed with defence counsel Brendan Grehan SC that he never attended the scene at St Mary’s Court and heard that a very sustained effort was made to save the deceased’s life.

The witness was satisfied that there was evidence of an assault or “something violent” having occurred in the front living room because of blood splatter found on the lower wall.

There was a pattern of transfer blood-stains found in the hallway. He agreed with Mr Grehan that this was consistent with something blood-stained moving across the wall.

Referring to the Biro, Mr Grehan asked if he could assist the jury as to whether it might have been used to stab Nadine. The witness said he could not determine how the blood got there. He also said he was not provided with any knives to examine.

Mr Grehan said his client admitted to assaulting Nadine in the sitting room but not in the kitchen. The witness said the blood pattern in the living room indicated that she was assaulted there.

Clearly, Mr Grehan said, an awful lot of blood was present on the wall in the kitchen and on the shelving unit. The barrister asked if the attempts by the paramedics at CPR could have created the impact blood splatter in that area.

“In theory it is not impossible, it would depend on the amount of pressure and force and what intervention took place,” he replied. The witness said the paramedics would have had to use quite a significant amount of force to create the blood pattern on the kitchen wall.

In addition, he said: “I think it is unlikely that the blood pattern can be down to attempts to resuscitate her, but I’m not saying it’s not impossible.”

In re-examination, Dr Clifford told Mr O’Kelly that there was a lot less blood-staining in the living room than the kitchen.

At the outset of the trial, defence counsel Brendan Grehan SC made a number of admissions of fact to the court on behalf of his client. These included that the accused accepted that he had unlawfully killed Ms Lott and he “alone inflicted the injuries she suffered”. The issue to be decided by the jury, Mr Grehan said, will be his intent and in the “broader sense his mental state at the time”.

The trial continues on Monday before Mr Justice Michael MacGrath and a jury of seven men and five women.