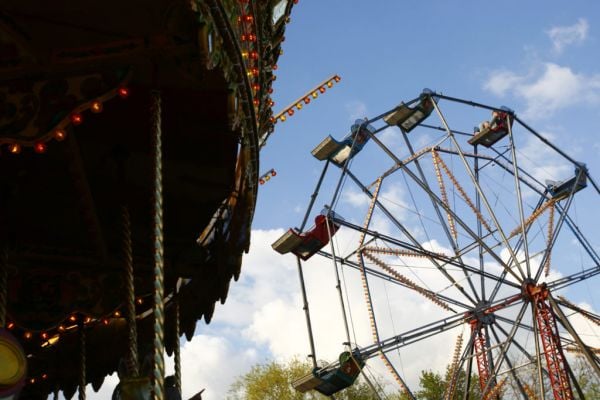 Four children have been rushed to hospital after a funfair ride collapsed in Co Antrim.

A major incident is ongoing at Planet Fun at Carrickfergus Harbour.

Emergency services were called to the scene shortly before 6pm on Saturday after they received reports that a ride collapsed.

Three children were taken to the Royal Belfast Hospital for Sick Children and one child was taken to Antrim Area Hospital.

It is understood their injuries are not life-threatening.

A number of other children suffered injuries to their legs, but did not require hospital treatment.

Wish to express my concern at this breaking news hope that early indications are correct and that injuries are not serious. I will be expecting a full investigation from the Health and Safety Executive and the local MEA Council https://t.co/i3AN9lup8H

Four emergency crews, a rapid response vehicle and an ambulance attended the scene.

The funfair has been closed this evening.

In a statement, a spokesman for Planet Fun said: “Important update. Please note that due to unforeseen circumstances, Planet Fun will be closed tonight for the 7.30 to 10.30pm session.

“All tickets will automatically be refunded. Further updates will follow.”

Stewart Dickson, Alliance MLA for East Antrim, said: “I am concerned with regards to reports of accident at the funfair on Saturday.

“I understand from early reports that injuries are not serious and hope that continues to be the case.

“Following this, it is now important that the Health and Safety Executive and the Mid and East Antrim Borough Council conduct a thorough investigation into the circumstances of whatever occurred.”

It is understood the funfair was recently opened in the area.

In a statement, a spokesman for the Northern Ireland Fire and Rescue Service said that three fire appliances, a specialist rescue team and the Red Cross attended the scene.

The air ambulance was also dispatched to the scene.

The Health and Safety Executive has also been made aware of the incident, which is ongoing.