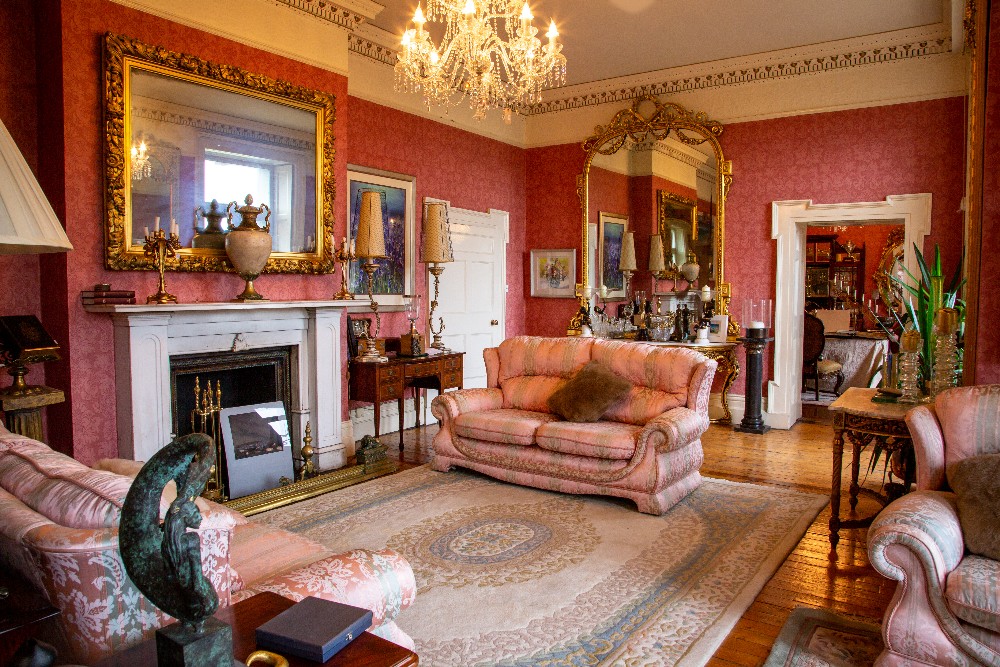 The contents of the former home of The Apprentice TV stars Bill Cullen and Jackie Levin are going under the hammer next Tuesday.

Up to 650 items from the contents of Osberstown House in Kildare will be auctioned on July 27th, following instruction by the owners and includes art, antiques, memorabilia and home decor.

The seven-bedroom country house on the outskirts of Naas, Co Kildare dates back to the 18th century.

The luxury 43-room property, which has seven bedrooms and seven bathrooms, has been on the market for the past two years since going on the market in 2019. It was bought in the 1990s by the couple who carefully restored the house.

The estate also features 17 acres in its sale. 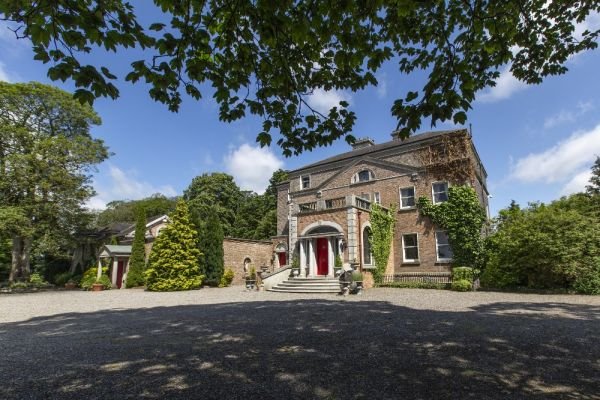 The couple became household names thanks to the former TV3 hit series. The contents, according to Castlecomer-based Fonsie Mealy auctioneers are expected to fetch a total of €250,000.

Director George Mealy said: “There has been a lot of interest in the property contents with extensive international enquiries. A wide range and eclectic mix of items will suit many home styles and price budgets.”

Some of the notable items for sale include a limited edition Graham Knuttel painting titled ‘The Taoisigh of Ireland’, a very rare set of 11 caricature portraits of all the Taoisigh, guided between €2,000-€3,000.

Lot 200, a Louis le Broquy lithograph titled, ‘A Study Towards an Image of William Butler Yeats’ is estimated at €3,000.

The contents of the house, up to 650 items, will be auctioned off on July 27th.

A baby grand mahogany piano for as little as €600 is up for grabs while lot 203 a St Louis French crystal Renault Formula One car will set a buyer back a mere €200-€300.

Lot 604 an original fragment of the Transatlantic Telegraph Cable, laid in 1866 between Valentia Island and Newfoundland, mounted on Valentia slate with an inset note can be bought for €500.

An important large Newbridge sterling silver canteen of cutlery, contained in a four drawer bound mahogany chest with lot 497 worth an estimated €3,500.

‘Anna Livia’ a bronze maquette of the statue inspired by James Joyce, previously installed on O’Connell Street, moved to the Croppies Acre Memorial Park in 2016 by the late Eamonn O’Doherty, valued at up to €7,000.

Bill (79) and Jackie’s (74) former home is still listed by Goffs property as ‘price on application’, but the original cost was understood to be €2 million.

Osberstown House is a three-storey over basement period house built around 1795. The property comes complete with its own ballroom, gym, and wine cellar. There is also a billiard rooms, walled garden and a tree lined avenue leading up to the property.

Turnover of the business grew to €350 million at its peak, but fell dramatically to record losses in 2008.

The Renault Ireland operation was taken into direct control by Renault SAS in 2006.