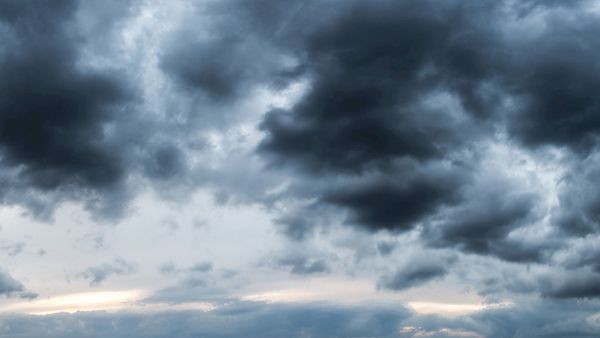 A status yellow weather warning has been issued by Met Éireann, with rain and thunderstorms expected across the entire country.

The warning is in effect from 12pm this afternoon until 5am tomorrow morning.

As the Irish Examiner reports, Met Éireann is warning of heavy downpours that can lead to spot flooding and hazardous driving conditions.

The warning follows early morning mist before temperatures dropped into the teens as a front from the west brought early morning showers.

The rains is moving eastward through the day and will eventually develop into heavy showers and thunderstorms.

Met Éireann Meteorologist Eimear Flood said Leinster and east Munster will see the most rainfall as the cold front arrives.

“As that moves over the country through the afternoon that’s going to spark off a number of heavy showers and thunderstorms.

“These could pop up pretty much anywhere, but the highest risk area is Leinster and east Munster.

“There is an advisory out for widespread heavy and possibly thundery showers because the localised thundery downpours could cause some traffic disruptions and quite poor driving conditions,” she said.

A wet ☔️ afternoon in store for western areas today as rain pushes in from the Atlantic. – warning in place. Staying dry further east though, until later this evening and tonight.

The forecaster said Tuesday night is set to be a fresh night with scattered showers, merging to longer spells of rain in Atlantic coastal counties.

Minimum temperatures of 10 to 13 degrees in moderate west or southwest winds.

Sunshine and widespread showers are expected on Wednesday, some heavy with localised thunderstorms.

Another fresh and showery day on Thursday with bright spells and showers, the showers heavy in places with a risk of lightning.

Maximum temperatures ranging 15 to 19 degrees, warmest in the southeast in moderate to fresh westerly winds.

Finally, good sunny spells are expected on Friday but with scattered showers spreading from the northwest during the day. Top temperatures of 16 to 20 degrees in fresh westerly winds.