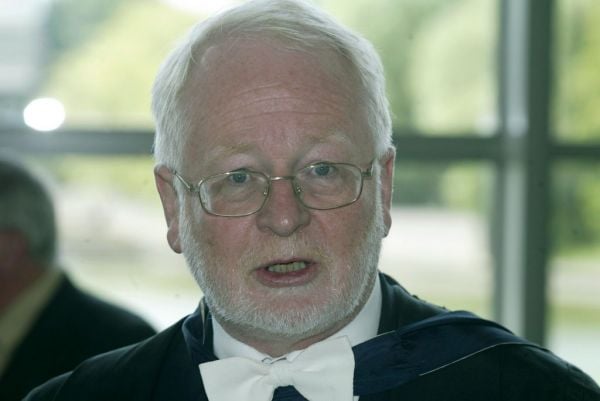 The VHI is entitled to an order excluding economist Moore McDowell from being an independent expert witness for a private Limerick city hospital in its challenge to the VHI’s refusal to approve cover for it, the Court of Appeal has ruled.

Mr Justice Maurice Collins said the VHI was entitled to the order because of the “obvious” risk of an unconscious and unintentional disclosure of material provided to Prof McDowell, in his capacity as an independent witness for the VHI in similar litigation not yet finalised, about the affairs and business of the VHI.

Neither the court nor the VHI are impugning the integrity of Prof McDowell and it was accepted he will not consciously or intentionally act in breach of his duties, the judge stressed.

However, unconscious and/or inadvertent disclosure appeared to be a “real and obvious” risk here, particularly in the “pressurised environment” of the witness box.

It would be very difficult for Prof McDowell to identify the source of any particular item of knowledge regarding the VHI and/or compartmentalise information from different sources in his mind, he said.

The judge also expressed the view that Prof McDowell, as an independent expert witness for the VHI in two unfinalised cases, has a “significant conflict of interest” and it was an “error of judgment” on his part in not declining to act for the private hospital in this case.

In the three judge COA judgment, delivered last year and published this week, Mr Justice Collins found the High Court’s Mr Justice Max Barrett applied the wrong legal test in his 2019 decision refusing the VHI’s application to exclude Prof McDowell excluded as a witness for Shay Sweeney and The Limerick Private Ltd, of which Mr Sweeney is a director.

The High Court had endorsed a test formulated in a 2011 case, namely whether court intervention was required on the basis it was “likely” Prof McDowell would be unable to avoid having recourse to privileged material, and had held it was not likely.

Mr Justice Collins said the threshold is whether there is, on the evidence, a “real risk”, as opposed to a likelihood of disclosure. In his view, there is an obvious risk of disclosure here.

The VHI objected to Prof McDowell being an expert witness for the Limerick hospital in its action alleging, inter alia, breaches of the Competition Act. Its main objection was that Prof McDowell is among the VHI’s expert witnesses in two other competition law cases arising from refusals to provide cover to other private hospitals.

The VHI said those cases raised similar, if not substantially identical issues, and it is also concerned, arising from Prof McDowell being a witness for it in litigation over some years, that he has obtained significant insight into the operations of the VHI,.

In an affidavit, Prof McDowell said he is fully cognisant of his duties as an independent expert, does not retain copies of commercial confidential/privileged material provided to him by the VHI and had not relied on any such material in preparing a draft report for the plaintiffs in the Limerick case . None of those statements were contested, the COA noted.

It also noted Prof McDowell had offered an undertaking not to disclose any confidential information provided to him by the VHI and that the VHI had made clear his bona fides are not in question.