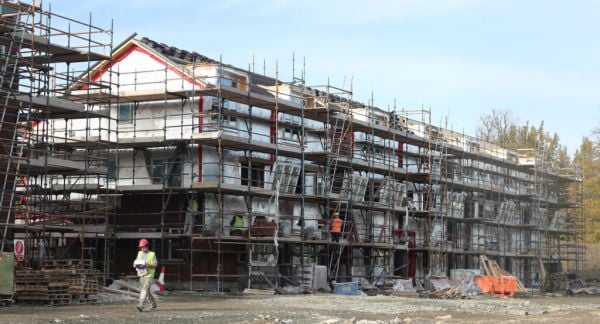 Housing construction in Ireland bounced back in the second quarter of the year, with new dwelling completions reaching pre-Covid levels, new data from the Central Statistics Office showed.

More than 5,000 new dwelling completions were recorded in the second quarter of the year as restrictions on the construction industry were lifted and building resumed.

Apartments accounted for more than a quarter of that figure, with 1,333 apartment completions in the three-month period. More than 68 per cent were in Dublin.

“The recovery of the construction sector following the relaxation of restrictions associated with the Covid-19 pandemic can be seen in the New Dwelling Completions this quarter,” CSO statistician Justin Anderson said.

The local electoral area of Blanchardstown-Mulhuddart had the most completions at 185 in the second quarter of the year, followed by Howth-Malahide and Lucan.

The only area outside the capital with more than 100 completions was Skibbereen-West Cork with 101.

All 166 local electoral areas had at least one completion during the three-month period.

“In [the first half] overall, completions were effectively flat on 2019 levels suggesting that the pandemic merely stalled the upward trend in new housing supply in Ireland rather than reversing it,” he said.