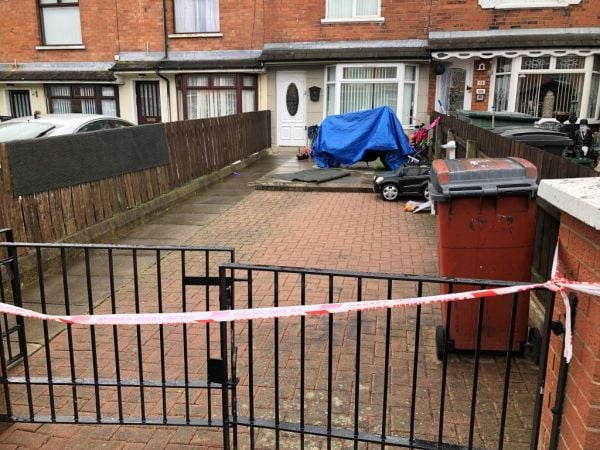 A baby boy who was killed in north Belfast has been named by police.

The victim was Liam O’Keefe, a PSNI spokesperson said.

His sister, who was injured in the same stabbing incident at Brompton Park in the Ardoyne area on Tuesday evening, remains in hospital.

Detective Chief Inspector Chris Millar said: “A 29-year-old woman arrested on suspicion of murder and attempted murder has now been released from hospital and transferred to police custody for questioning.

“The other young child injured during this incident remains in hospital where her condition is described as stable.

“I would like to thank the local community for their unwavering support and patience while we continue our investigation into the tragic events of Tuesday evening and I continue to ask that anyone who has any information to contact us .”

It is understood the children’s father was in England when the attack happened and he has travelled back to Belfast.

A post-mortem examination on the boy is set to take place on Thursday.

The arrested woman was taken to hospital by police after the incident for treatment to non-life-threatening injuries.