Taoiseach: Coveney and Zappone spoke ‘some time ago’ about special envoy role 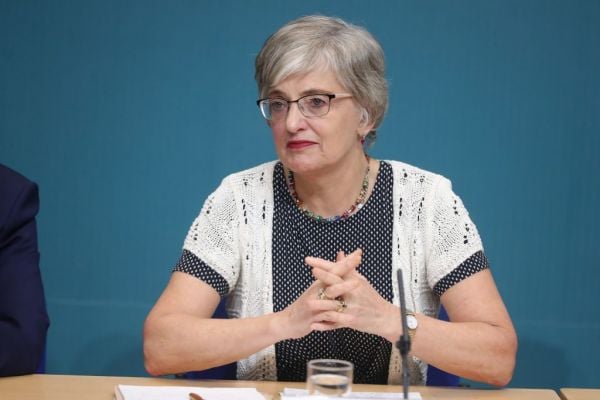 Taoiseach Micheál Martin has said it is a matter for the Minister for Foreign Affairs, Simon Coveney, to clarify the full sequence of events that led to the appointment of former minister Katherine Zappone as UN special envoy for freedom of expression.

The appointment has been criticised by Opposition parties, who have accused the Government of cronyism and a lack of due process in the appointment.

Speaking during a visit to a vaccination centre in Swords, Co Dublin, on Thursday, Mr Martin said he was told by Mr Coveney that “he felt Katherine Zappone had made a contribution to the work that preceded the campaign in terms of getting membership of the UN Security Council and he was of the view that her contribution would be valued”.

Ireland won its seat on the UN Security Council in June 2020.

“I understand that they had a conversation and they met some time ago in relation to this,” Mr Martin said.

Asked whether the role was Ms Zappone’s idea, Mr Martin said it was a matter for Mr Coveney to clarify “the full sequence of events”.

On Wednesday, Mr Martin acknowledged that there had been an “oversight” in the Cabinet procedure which saw the former minister for children appointed to the new senior diplomatic role.

Tánaiste Leo Varadkar also defended the way the appointment was handled and rejected suggestions that due process had not been followed.

“There is a lot of nonsense being spoken about this appointment,” he said.

He said Ms Zappone will receive a salary of around €15,000 before tax for the role.

In a post on Twitter, he said: “A former Government Minister approaching a sitting Government Minister about creating a job for them & all done without any transparency or fair appointment process & without informing the Taoiseach is stroke politics pure & simple Fine Gael style. More of the same.”