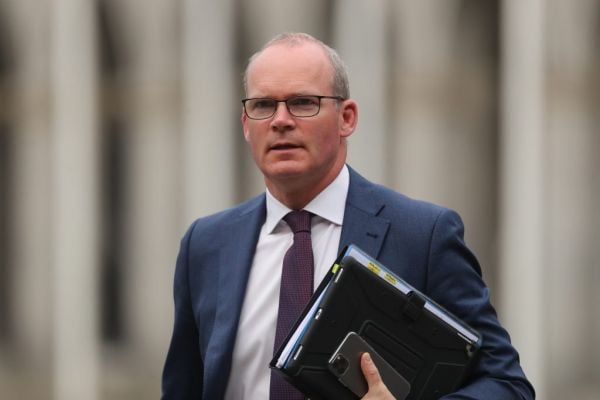 Simon Coveney has said he “blames himself” for any mistakes made in the appointment of former minister Katherine Zappone to a new special envoy role.

The Foreign Affairs Minister insisted on Friday that the new role, which will see Ms Zappone appointed UN special envoy for freedom of expression, is not a “makey-up job”.

However, he acknowledged there had been mistakes in how the appointment was brought to Cabinet.

On Wednesday, Taoiseach Micheál Martin said there had been an “oversight” in the procedure which saw the former minister for children appointed to the new diplomatic role, and on Thursday he said it was a matter for Mr Coveney to clarify “the full sequence of events”.

Speaking on RTÉ radio on Friday, Mr Coveney said: “The putting together of a special envoy was a relatively minor issue until it blew up into a political issue.

“I was surprised when the Taoiseach said in Cabinet that he wasn’t aware of the appointment.”

Mr Coveney said he spoke to Mr Martin afterwards to “express regret” about how the appointment had been brought to Cabinet.

“I rang the Taoiseach and said I was sorry something came to Cabinet that he hadn’t seen and he wasn’t aware of,” he said.

He said that, for “whatever reason”, it had not been communicated at the usual pre-Cabinet meeting of advisers.

‘No attempt to hide anything’

“There was no attempt to hide anything here,” Mr Coveney said.

The appointment has been criticised by opposition parties, who have accused the Government of cronyism and a lack of due process.

On Friday, Mr Coveney defended the appointment of Ms Zappone and stressed her qualifications for the role.

“I spoke to her not yesterday, but the day before. She is obviously quite taken aback at the response,” he said.

He confirmed that she will work 50-60 days a year and will only get expenses for travel that have been approved by the Department for Foreign Affairs.

“Is anybody seriously questioning Katherine Zappone’s suitability for this job?” Mr Coveney said. “She’s a lawyer, she’s a former politician, she’s been a campaigner all her life.

“We had looked at how other countries use special envoys to advocate and represent a country. We decided we want to use that diplomatic tool in the area of freedom of expression.”