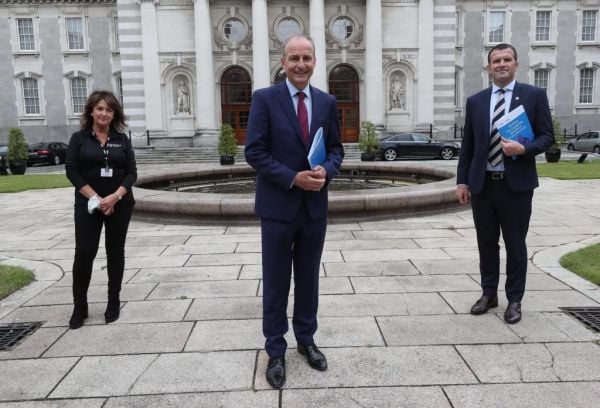 Home care services provider Home Instead has announced it is recruiting for 1,000 new caregiver roles across Ireland.

The company is set to increase its Irish workforce by 25 per cent, with its caregiver team currently numbering 4,000 after it announced a further 1,000 new roles in 2020.

As the company currently cares for almost 7,000 clients across the country, Home Instead said the new recruits will increase its capacity to care for another 2,000 ageing adults.

Taoiseach Micheál Martin welcomed the new roles, saying Ireland will face the challenge of an ageing population in the years ahead.

“Supporting older people to live in their own home with dignity and independence, for as long as possible, is a priority for this Government,” he said.

“These new 1,000 Home Instead jobs come at a vital time for the country – not only as we look to build our future home care needs, but as we look to rebuild the economy as we emerge from the pandemic.”

Chief operating officer at Home Instead, Shane Jennings, said a new report commissioned by Home Instead with the Global Coalition on Aging has highlighted an “acute —and expanding—shortage of professional care workers around the world.”

“[It] estimates that across the OECD countries, the number of elder care workers will need to increase by 60 per cent by 2040 to maintain the current ratio of caregivers to older people,” he said.

“The number of people over the age of 65 in Ireland is expected to reach 1.4 million by 2040, with even greater growth expected in the population aged 80 and over. This change has the potential for the biggest impact on health services overall.

“As life expectancy increases in Ireland, so too does the need for quality home care.”

The company is inviting applications from people with an interest in care nationwide. For more information, see Home Instead’s website here.