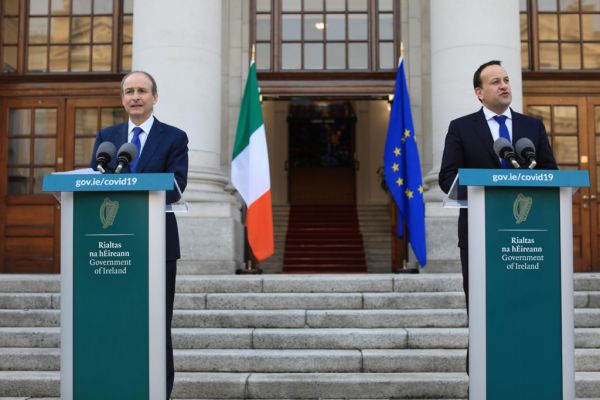 A new report has called for clarity on the relationship between the Government and National Public Health Emergency Team (Nphet), along with how key pandemic decisions were made in Ireland.

The study by legal experts from Trinity College has criticised a lack of transparency on how decisions were reached and whether certain public health measures were legally enforceable.

On some occasions, the report found, Nphet became the “de facto decision maker” rather than simply an adviser to Government.

It describes some steps taken in the fight against Covid-19 as “perhaps heavy handed”, and said lessons learned from earlier waves of the disease were not always applied to subsequent waves.

Sarah Hamill, Assistant Professor in Law at Trinity College, said: “The overarching finding of this report is a significant lack of transparency in how and why important decisions were made during the Covid-19 pandemic in Ireland.

“Transparency and clarity are key aspects of public health governance and one of our recommendations of this report is the need for far more.

“If we don’t have clear lines of decision-making and accountability, and a clear sense of the power resting with the Government, then the idea that we can have even notional democratic oversight for these powers seems very remote. This is undoubtedly a cause for concern.”

The report, titled Public Health Law During The Covid-19 Pandemic In Ireland, said: “The relationship between the Government and Nphet, and the locus of power in that relationship, is not always entirely clear.

“Whatever the precise nature of that relationship, it is fair to say, however, that Nphet’s influence is undoubtedly vast.

“While it is of course appropriate that the public health response be led by expert advice, there are accountability issues that arise the more de facto power is vested in technocratic public health advisers and away from the political executive democratically accountable to the Dáil and electorate.”

The report also criticised the absence of any mechanism to take on board the views of the public or stakeholders when decisions were made.

The World Health Organisation (WHO) formulation for accountability “requires both that the public knows who is making decisions and how they can challenge decisions with which they disagree”, the report states.

It continues: “Throughout the pandemic response there was an absence of any structured mechanism whereby the views of the public or stakeholders could be solicited or taken on board, either by Nphet or Government.

“This was perhaps excusable in the early phase of the pandemic, where governance mechanisms evolved under conditions of true emergency, but it is harder to justify in later phases, especially after the relative calm of the summer months when cases were low and measures could have been taken to establish better governance structures for the second and third waves.”

It characterises the approach taken by Nphet and Government as “Decide-Announce-Defend”, whereby decisions were made “without stakeholder involvement and robustly defended against even valid criticisms”.

The majority of submissions to the report were made in April 2021, prior to the lifting of many restrictions and the take-off of the vaccination rollout.

The report issued 16 recommendations in total to Government, the first of which called on them to clarify their relationship with Nphet and “ensure democratic oversight of public health measures”.

It said future public health measures should, as far as possible, “avoid relying on a criminal justice-based approach”.

The report also highlighted changes that prison regimes have undergone such as reduced visits and access to showers, which pose challenges for protecting rights, while Covid-19 has spotlighted “many deficiencies” in the direct provision system.

It also said that Ireland’s system for registering deaths is too slow, and funerals or cremations should not take place until a death is registered to ensure timely data is available.