Nadine Lott murder: Senior garda had never before seen ‘such a level of violence’ 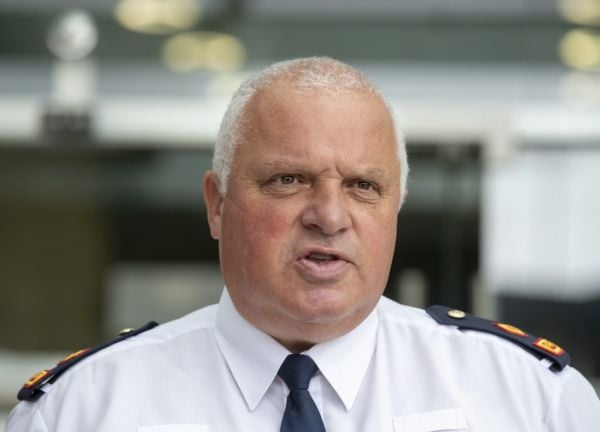 A senior garda involved in the investigation into Nadine Lott’s murder has said he had never in his 40-year career encountered “such a level of violence” being inflicted on a person as in her case.

Speaking outside the Criminal Courts of Justice on Thursday, Supt Declan McCarthy said there was never any doubt in the minds of officers about Daniel Murtagh’s intent to kill Ms Lott that night.

A Central Criminal Court jury on Thursday agreed with the prosecution’s case and unanimously convicted Murtagh of murdering the mother of one in her home in Arklow, Co Wicklow in December 2019.

The Wicklow-based garda said Ms Lott had made it “very clear” before the attack that she wanted no form of relationship with Murtagh, who was “clearly deluded” about how his former partner viewed him.

He said Murtagh’s description during an interview with gardaí of how he held a tyre pump charger in his hand and wrapped a wire around his knuckles as he beat Ms Lott in her home “spoke volumes to the character of the person”.

He said it was “very important” to remember that the individual “at the very centre of this trial was Nadine” and not the perpetrator of the crime.

Supt McCarthy said gardaí were “very relieved” that Murtagh, whose counsel argued he so intoxicated that he could not form the intent to murder, was found guilty of the offence.

“It was a very important verdict in the context of violence while intoxicated,” he said.

He also extended his thanks to the paramedics and gardaí who helped Ms Lott when she was found severely injured in her home. Without their intervention the Lott family “wouldn’t have had the opportunity to say their farewells to Nadine in the dignity of a hospital rather than such a violent crime scene”, he said.

Supt McCarthy said he was grateful to Det Insp Sorcha Fitzpatrick, who led the investigation team, for returning “such an excellent result” for Ms Lott and her family, who the thoughts of the force were with following the verdict.

He said the Lott family felt “very relieved” as they had been “very worried” that a verdict of manslaughter might be returned in the case.

“It was on the agenda, it was always a possibility and clearly the jury felt that the level of violence that was used overruled any form of other doubts about what the intent was in this case,” he said.

Referring to Murtagh, Supt McCarthy said that “intent was very clear from our point of view from the very start in relation to this”.

He said the violence inflicted on Ms Lott was “horrendous” and that he did not think he had ever seen or read of such a level of violence used towards an individual previously in his 40-year career.

“There was never any doubt in our minds from the very start about the intent here and the intent was to kill Nadine,” he said.

“This wasn’t a domestic violence situation as such. They were separated for quite a long time and Nadine had made it very clear that she wanted no form of relationship….Nadine had been unambiguous and very clear about that from the very start. The perpetrator in this case seems to have been clearly deluded about the status of his relationship with Nadine.”