Government plans to allow Communions and Confirmations by September 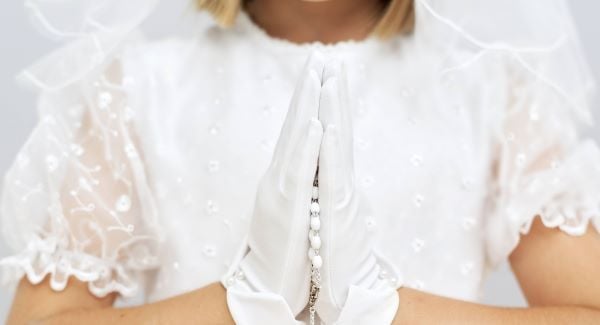 The Government is planning on the return of Communions and Confirmations by September, according to the Irish Examiner.

Church leaders have voiced increased frustration over the public health guidance on communions and confirmations, which are currently banned under public health advice.

The Government “has noted those concerns”, according to a senior Government source.

The ban will be lifted in September, subject to public health advice and an ongoing review of the Covid-19 situation throughout August.

A roadmap for live entertainment and church sacraments is due to be published by the end of August, however, it is not expected any restrictions will change between now and then.

The Government will stay in contact with church leaders throughout the month.

In a briefing, Dr Tony Holohan told ministers that Ireland is progressing against the disease, but there is ongoing concern about counties Galway and Donegal.

Dr Holohan said there was still “uncertainty” around the disease, and added a note of caution on the latest cases, with 193 people in hospital, and 23 in ICU.

The daily case numbers are expected to be over 1,700.

Paul Reid hailed the success of test and trace during the meeting, and said vaccinations were effective in preventing serious illness.

Meanwhile, in a recent statement from the Government press office they added “We hope to see those restrictions lifted in September, subject to the public health situation at that time. The Government will engage further with relevant faith group leaders in the coming weeks.”

They said the roadmap out of the remaining restrictions hinge on: