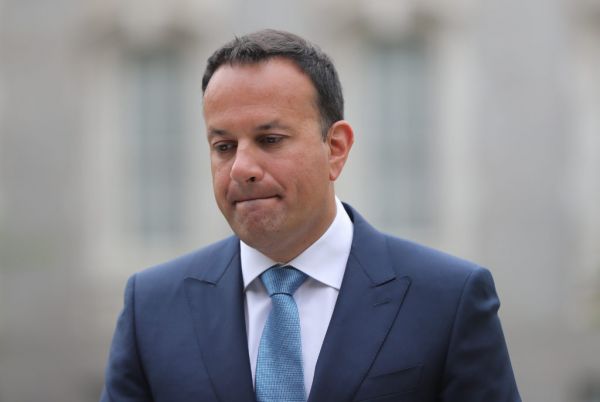 Sinn Féin TD Matt Carthy has called on Tánaiste Leo Varadkar to come out of “hiding” to answer questions on the Katherine Zappone controversy and the updated public health measures.

New guidelines for the hospitality industry published on Friday mean 200 people can gather at an outdoor event with live music.

The change comes in the wake of the Zappone scandal, in which she organised a private party six days before she was nominated as a UN envoy.

The event was held at the Merrion hotel in Dublin and was attended by 50 people, including friends and former Government colleagues, including Mr Varadkar.

Mr Carthy said the question had to be answered if the new hospitality guidelines were “based on public health advice” or designed to give “cover” to Mr Varadkar’s attendance at the event.

The Attorney General intervened after news of the Merrion hotel event broke, to say outdoor gatherings of up to 200 people are allowed under law, with the guidelines updated to reflect this. Mr Varadkar has yet to comment publicly on the issue.

Mr Carthy criticised the fact that no Cabinet Minister has been available to answer questions on the subject.

He added: “The Government is trying to dance on the head of a pin in respect of whether, despite the fact that there were outside of the guidelines, they were within the law.

“The truth of the matter is that political leaders like Leo Varadkar would be attacking others if they were to do the same.

“Therefore it is imperative now that the Tánaiste answers the very legitimate questions that have been put to him.”

He said the new guidelines published on Friday had “created a lot of confusion.”

“The real question that people now are asking is whether or not these new guidelines are based on public health advice, or whether they are an extension of the cover that has been provided to Leo Varadkar for his attendance at an event that was organised by someone who, six days later, he appointed to a made-up position, at huge cost to the Irish taxpayer,” he said.

He said the appointment of Dr Zappone to the UN envoy role was a political “stroke”, signed off on by all the Government parties.

He added: “They have now tried to respond to being caught out in that stroke by apparently creating another stroke, this time much more serious in respect of public health advice.

Mr Carthy said Sinn Féin would accept the new guidelines, but said clarification should be sought from the chief medical officer.

He declined to say that Mr Varadkar should resign over the issue, but said Sinn Féin had “no confidence” in him.