Stephen Teap and his sons to receive Pride of Cork award 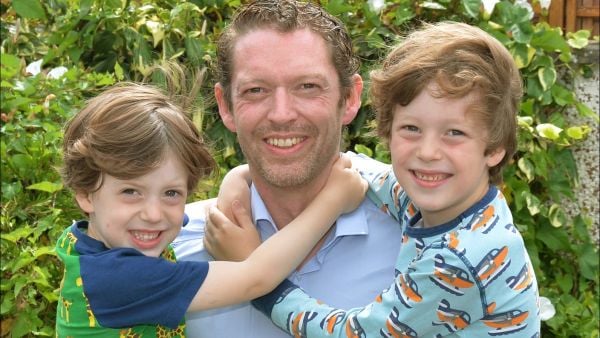 A father of two who has fought for improved cancer screening after his 35-year-old wife died of cervical cancer arising out of deficiencies in the health system is to be honoured with a Pride of Cork award.

The award is being presented to Stephen Teap, and his sons Oscar and Noah, in recognition of the difficult road that they have been on since Irene Teap passed away from cervical cancer in 2017.

HSE worker Irene was diagnosed with Stage two cancer in 2015, following two false negative smear tests in 2010 and 2013. She died in July 2017. Oscar was four and Noah just two years old when they lost their mother.

The award organisers say that Mr Teap has been a “vocal advocate for accountability and change” since the Cervical Check scandal emerged. They also paid tribute to his boys Noah and Oscar.

“As a family today, Stephen, Oscar and Noah with the memory of Irene always with them, have rallied together and with the support of their family and friends, they had to rebuild their lives for the future.

“Oscar and Noah are growing up with their Dad providing them with the great love and support that their Mum would want for them.

“Their activities and adventures are everything that boys their age love to do and no doubt the guiding light that their Mum Irene shines over them ensures that their future will be filled with love and happiness.”

They said Stephen, Oscar and Noah Teap are a family whose lives were projected into the public arena in the most unexpected and difficult way.

The organisers added “They have dealt with the loss of the most precious member of their family in a dignified and unified way that is inspiring to all of us looking on from the outside.”

Following the scandal, Mr Teap told the Dail Public Accounts Committee that his wife would have gone public if she had received information about her incorrect smear tests before she died.

He said Irene “would have wanted to know” the truth, whether she found out three weeks or three minutes before she passed away.”

Teap was Aksi named Cork Person of the Year in 2019 for his work campaigning on behalf of those affected by the Cervical Check scandal.

The Pride of Cork Awards will take place on November 26th at the Clayton Hotel Silver Springs. Hosts include Miriam O’Callaghan of RTE, PJ Coogan of 96FM and Patricia Messinger of C103FM.