No decision yet on Katherine Zappone replacement, Coveney says 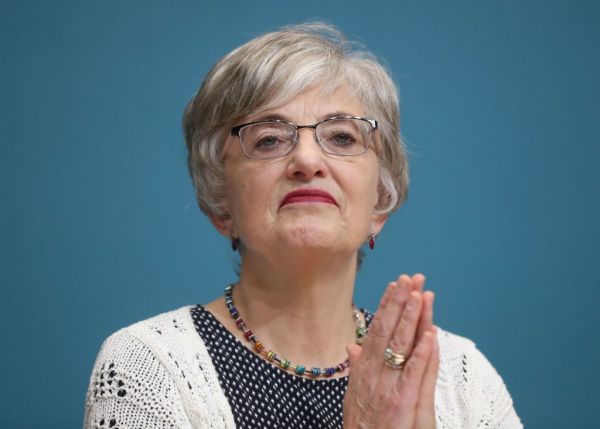 The Government is yet to decide whether to appoint another person to the role of UN special envoy on freedom of opinion and expression, following the Katherine Zappone controversy.

The former children’s minister stepped back from the role after a storm arose around the manner of her appointment.

On Monday, Foreign Affairs Minister Simon Coveney told RTE radio: “Clearly, there’s no point in appointing a special envoy unless it has the confidence and support of all stakeholders.

“That appointment of Katherine Zappone, as special envoy, has had attached to it so much controversy and criticism that obviously we now have to think carefully about how we appoint special envoys to make sure the process is credible, as well as the people.

“We’re going to reflect on that and I’ll probably make a statement on that towards the end of September.”

Mr Coveney has already acknowledged that mistakes were made in the appointment of Ms Zappone.

Ms Zappone would have earned up to €15,000 per year plus expenses for the role, which would have involved around 50 days’ work each year.

The appointment was criticised by opposition parties, who accused the Government of cronyism and a lack of due process in the appointment.

An event at the Merrion Hotel in Dublin, hosted by Ms Zappone and attended by Tanaiste Leo Varadkar, six days before her appointment, caused a political storm and led to a clarification of pandemic rules around outdoor hospitality.

Mr Coveney said on Monday that he was not at the gathering at the hotel and was in Africa at the time.

He said he made a “mistake” in not properly informing Taoiseach Micheal Martin about the appointment before Cabinet.

“It shouldn’t have happened and that was my fault,” he said.

Last week, the Public Accounts Committee confirmed that it will discuss the appointment of Ms Zappone at a meeting in September.

Sinn Fein TD Matt Carthy, a member of the PAC, said: “The decisions that led to that appointment being made haven’t been clearly outlined to the Irish people.”