Coveney confirms three Irish nationals out of Afghanistan while 36 remain 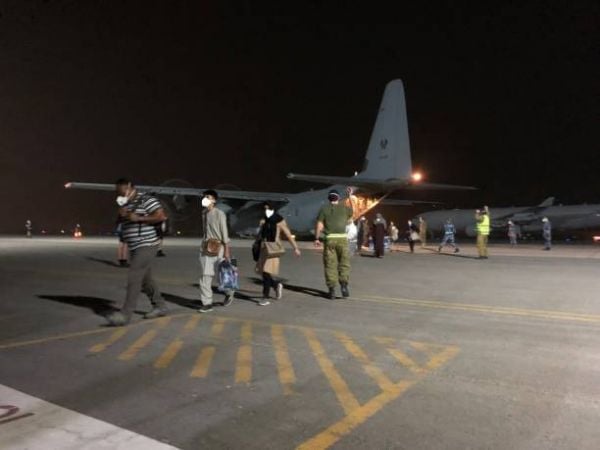 Minister for Foreign Affairs Simon Coveney has confirmed that three Irish nationals have got out of Afghanistan while the number still awaiting to leave has increased to 36.

Among those who have got out is Meath woman Aoife McManus, Coveney told RTÉ radio’s Today show. The Foreign Affairs Minister declined to provide details of how the education worker got out of Kabul.

The 36 who remained were working with international organisations or NGOs, he said.

All of them have been contacted by the Irish embassy in Abu Dhabi and the Government was working with NATO, the US, the UK and the EU to get the people on flights.

Some of the 36 had dual nationalities, explained Mr Coveney. “We have a responsibility to all of them.”

The main challenge at present was getting the people into the airport complex. There were difficulties getting people from outlying areas into Kabul and from Kabul city to the airport, he explained.

The easiest way to get Irish citizens out of Kabul was working with other countries which had greater capacity to send in aircraft, added Mr Coveney.

Responding to a suggestion by independent TD Cathal Berry that the Irish Army Ranger wing should be sent to Kabul to assist in the exit of Irish citizens, Mr Coveney said that while the rangers were competent and skilled, the most effective way was to work with partners on the ground who were managing the situation.

People were getting out, he said, but the process was fluid and slow and was changing every day.

Meanwhile, the EU’s humanitarian response to the unfolding crisis will be considered by the bloc’s development and foreign affairs committee’s today.

Dublin MEP, Barry Andrews, who will be among those attending, spoke to Newstalk about the measures needed.

Mr Andrews said: “Additional EU funding for the humanitarian response [will be needed], there is a risk of famine in certain parts of Afghanistan because the wheat harvest is collapsing because water supplies are under threat.”

“We needed to respond to that very quickly,” he added. “And I think there will have to be a clear message that we will support countries in the region where the vast majority of people that will flee Afghanistan will settle in.”

“People will not be left behind,” Minister for Foreign Affairs Simon Coveney told Newstalk on Wednesday.

It could take a few days for people to get out, as the situation at the airport remained chaotic, he added.

The process of getting them out was underway and Ireland was relying on the US for safe passage for them through Kabul Airport, the Minister said.

Mr Coveney added he was confident the people would get out “so long as the airport is secured”, but it was a fluid situation.

US President Joe Biden has said he is committed to keeping troops in Afghanistan until every American is evacuated even if that means maintaining a military presence beyond his August 31st deadline for withdrawal.

He also hit back at criticism that the US should have done more to plan for the evacuation and withdrawal, which has been marked by scenes of violence and chaos as thousands attempted to flee while the Taliban advanced.

In an interview with ABC News, Mr Biden said the US will do “everything in our power” to evacuate Americans and US allies from Afghanistan before the deadline.

Pressed repeatedly on how the administration would help Americans left in the nation after August 31st, Mr Biden said: “If there’s American citizens left, we’re gonna stay till we get them all out.”